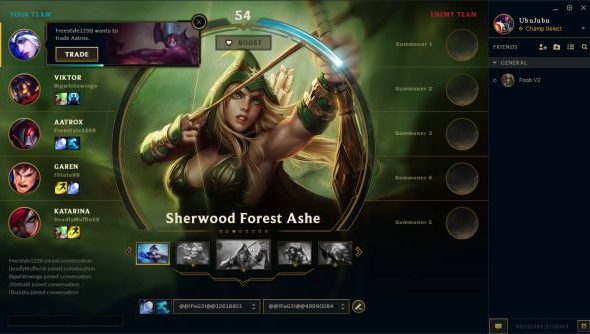 There’s a big update on the way for the League of Legends client, which hasn’t been significantly improved in many years. They’re going to be abandoning Adobe Air and prettying the whole thing up, bringing it more in line with the style of Windows 10, improving its functionality and making future development easier. This was announced a few months back, but information has since gone dark – until a video showing off the latest alpha version of the client was released from one of the outside testers.

You’ll need the best League of Legends champions for beginners for when the new client launches.

It’s not officially approved by Riot, but they are aware of it and haven’t had it taken down. It’s not the highest quality, as whoever was recording didn’t turn their mic off and seems to have been in the middle of a gale at the time, but it does show off all the new bits:

The video popped up on Reddit, the official forums and various fansites, and has garnered nearly 450,000 views. Riot haven’t ignored it, issuing this statement across various social media channels:

“As we’re getting closer to opening up sign-ups for the League client update alpha test, we’re conducting internal testing so we’re prepped for players to participate in the alpha. This required use of a live, public environment, and we knew there was a chance of it being prematurely discovered. That’s okay, and we’ll be sharing much more context on the League client update and its alpha test as we get closer to the alpha’s start, including some info on the PBE boards in the next week or so in regards to an upcoming tech test.”

That comes from a Player Relations representative at Riot,Brandon Felczer. He also said on Twitter that the client, once launched, won’t have its own environment and will mesh into the current systems to allow alpha testers and regular players to compete together. The alpha folks will also have a report system to pass bugs on, rather than being in direct contact with Riot.

You can see some more screenshots of the new client over on the leaker’s Facebook page.