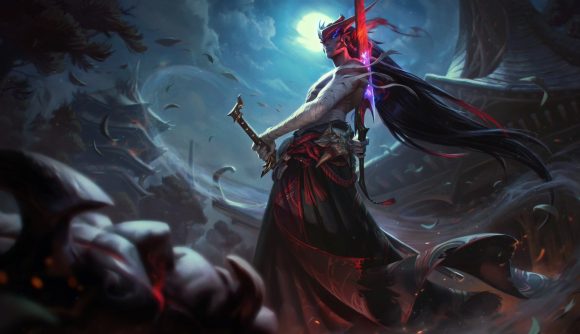 There are some nifty new changes in store for League of Legends which should make understanding your Champion’s progress and – heck! – just reading their ability, stat, and other key info a whole lot easier. Developer Riot Games has just rolled out a bunch of tooltip changes to the MOBA game’s testing servers, which add a “level-up grid”, adjust some colours, and tweak a few other elements to improve them.

The first of these changes is to LoL’s extended tooltips, as posted by senior experience designer Jordan ‘BarackProbama’ Checkman on the multiplayer game’s subreddit. “All Champions will now have a level-up grid on their expanded tooltip,” Checkman explains. “This should help everyone understand what each character’s power progression looks like as the game continues.” The dev provides a peek at what this change looks like in-game, which you can see on Imgur here.

Following this is an update that should make understanding your Champ’s abilities and how they work – that is, the different effects they’ll have – in an instant, through a simple but effective change: colour coding. “We’re updating the colours in our tooltips,” the dev says. “The goal here is to help you infer important information more quickly by consistifying (very real technical term) the colours across different parts of the interface.”

As you can see in the before-and-after comparisons here and here, the change streamlines how colours are used to denote different stats and effects – an example being “if AP is blue in the stats panel the scaling for it probably shouldn’t be green in tooltips”.

The update also means spells’ effects will be highlighted more clearly, so, going forward, self-healing will be coloured green, and magic, physical, and true damage will have their own colour code, too. The example image linked above has physical damage coloured orange, for example. “These formatting changes will be rolling out gradually for all Champions,” Checkman says, “but some notable Champs that have had the work done are: Ezreal, Senna, Yone, Lilia, [and] Volibear”.

Last up, there are a couple of other “bits and bobs” Riot’s rolling out for testing, including: “Scaling details are now behind the extended information tooltip”, meaning that by default, you’ll now just see a spell’s current value alongside the stats it scales with. “You can have expanded tooltips by default”, he adds. Plus, “Scaling on extended tooltips displays the ratio rather that the amount given to you by that ratio”. Neat.

The studio’s keen for feedback on how these changes work for players, so if you’re on the PBE and want to offer some thoughts on the tooltip updates, you can do so via the Reddit thread above. It’s not fully clear when they’ll make it to live just yet, but fingers crossed they’ll land with the upcoming LoL patch 10.18, which arrives next week.