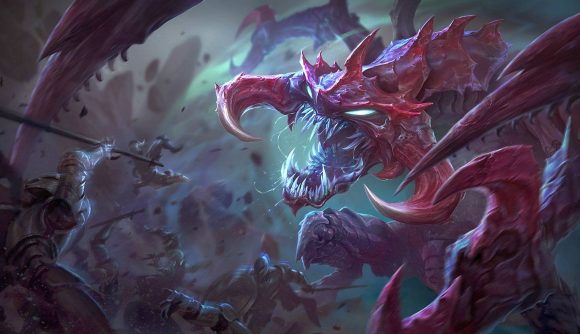 During a 20-hour stream, Tyler ‘Tyler1’ Steinkamp climbed the League of Legends ranks to reach Master as a top laner with an insane 22-3 run just days before the end of Season 10. The 22-3 run included an impressive 16-game win streak, most of which he played with champion Cho’Gath.

Tyler1 is no stranger to the MOBA game’s challenges. He went on a hiatus from streaming at the start of Season 10 so he could concentrate on becoming Challenger-ranked in the jungler role, even though he had never played as a jungler before. Tyler1 managed to achieve this feat back in May, and many fans were pleased his newest accomplishment was performed in one sitting and didn’t require him to vanish from Twitch for an extended period of time.

Some viewers doubted Tyler1’s chances of reaching challenger rank before the end of Season 10, so when he managed to hit the milestone he took to the chat, saying: “You guys actually thought I was hard stuck Diamond, didn’t you?” He continued: “22-3! The hardest time to play ranked in the Season.” Well, it is a pretty impressive feat.

With Tyler1 now holding a Challenger rank jungler and Master rank top laner account, we’re left wondering whether he will attempt to rise through the ranks of support or mid-lane when Season 11 is upon us.

To keep up with all things LoL, take a look at the League of Legends patch 10.23 notes and our guide to the best LoL champions, too.