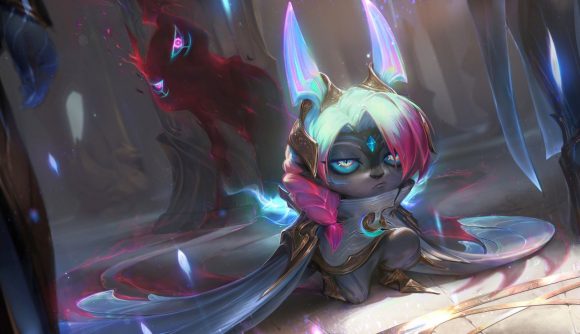 Just a few days back, Riot Games gave us a sneak peek at League of Legends’ new champion Vex, an adorable yordle with an attitude problem who was presumably coming to the game soon. Now, the studio has revealed the moody little champ – aptly known as the Gloomist – will be heading to the live game with its next patch, 11.19, and we’ve got the full rundown of her abilities ahead of time.

First up, our new yordle’s passive. Also aptly named, this is called Doom ‘n’ Gloom and is broken into two parts based on those two things. Doom sees Vex periodically become empowered, giving her next ability an edge in interrupting dashes and fearing enemies. The second aspect means that whenever an enemy nearby blinks or dashes they get marked with Gloom. “Vex’s next basic attack against a marked enemy detonates the mark, dealing bonus damage and refunding part of Doom’s cooldown,” as Riot’s details explain.

As we saw teased in Vex’s gameplay preview clip, her Q, Mistral Bolt, launches a wave forward which dishes out magic damage to the enemies it moves through. After a brief delay, this wave will accelerate but also lose some of its width. It also detonates Gloom on any marked enemies it strikes.

Personal Space (W) sees Vex gain a shield and emit a shockwave. Enemies around her will be dealt magic damage, while the ability similarly denotes Gloom on any marked foes it hits. Looming Darkness (E), meanwhile, sees Vex’s Shadow fly to a point, gaining size as it moves. Shadow dishes out magic damage and slow effects, and marks enemies struck with Gloom where it lands. 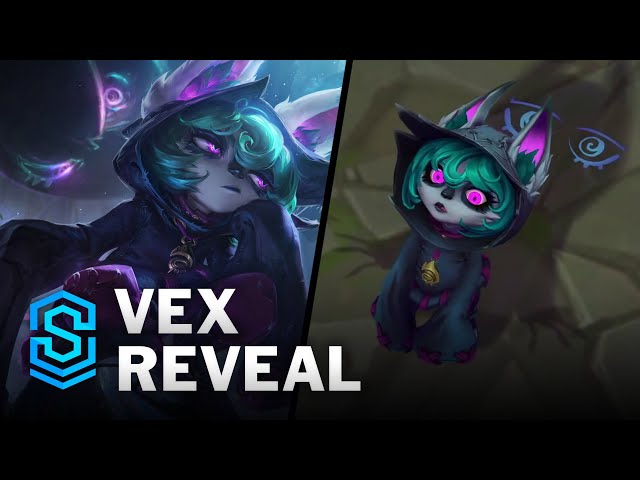 Vex’s ultimate, Shadow Surge, brings together various aspects of the champ’s toolkit, with Shadow similarly flying forward, marking and dealing magic damage to the first enemy champion it hits. Vex can then recast R to get Shadow to pull her over to the target marked, which then hands out extra magic damage. If this foe dies a short time after taking damage from the ultimate, she can recast within a few seconds.

So, it looks like Vex is going to add something intriguing into the mix for the game when she drops soon, with a tight and potentially potent ability set that could well see her become a gloomy little threat at both close and longer range. Vex arrives on September 23 with League of Legends patch 11.19. Keep an eye on our site this week as we’ll have the PBE notes with her detailed stats and abilities live well before then.