League of Legends’ latest new champion might be one of the most adorable characters in the game, but she’s not proving particularly effective. Yuumi arrived earlier this week with patch 9.10, but had a rough first few hours on the Rift. Thankfully however, she’s already been hit with a significant set of buffs.

When Yuumi first showed up, players were quick to note that her winrate was just 29.7% – the second lowest in the history of the game. That figure was so low that Riot stepped in last night with a hotfix, buffing almost all aspects of the characters’ kit.

According to a tweet from gameplay designer Kevin ‘Captain Gameplay’ Huang, Yuumi was “performing considerably below acceptable values.” The buffs, which apply to her base stats, her ultimate, and two of her other three abilities “should help tide her over while Yuumi players and their teammates learn the champion’s optimisations.” But while the fixes seem to be a step in the right direction, Yuumi isn’t out of the woods just yet.

Analytics site LoLalytics now lists Yuumi’s winrate at 32.9%. That’s a notable step up, but still the lowest figure in the game by a significant margin (Ryze and Akali are next-lowest, currently winning around 43% of their games). The ideal is a 50% winrate, but it might take several patches to hit that particular figure. 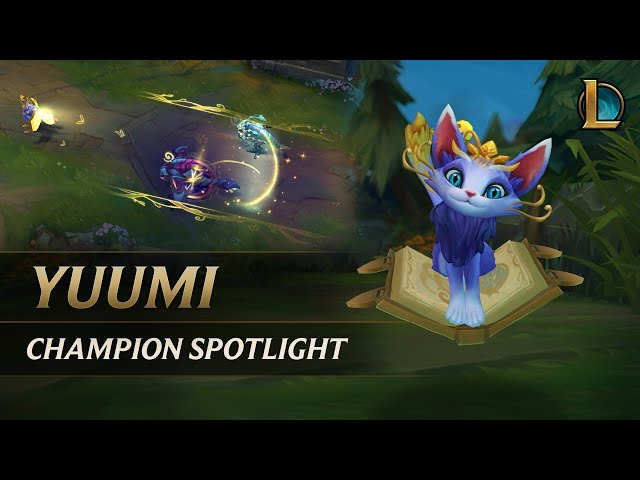 Yuumi’s hotfix is currently live in patch 9.10, but Riot is likely to be wary of over-buffing the character – both Bard and Ivern suffered at launch, but then a series of buffs and increased player ability made them stronger than originally intended. While Yuumi’s struggling now, overdoing it with the hotfixes could create more problems down the road.

Related: Stay up to date with League of Legends patch 9.11 notes

Having played Yuumi last night, I can confirm that she’s in a very weird spot. Her untargetability is an amusing feature, but she explodes if the other team get anywhere near. Bot lane is manageable (although I’d suggest taking heal and exhaust instead of flash), but if you don’t have a tanky initiator like Sejuani or Leona to grab on to at the start of a fight, the Magical Cat might not be the best pick – proceed with caution.