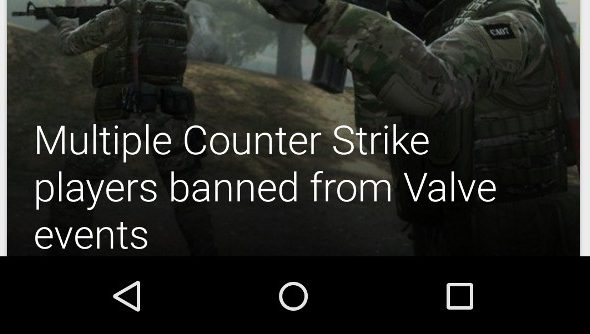 One of the things I’ve always complained about in eSports was that keeping track of them is basically a nightmare. You’re either into the scene enough that you hang out on all the forums and wikis and figure out what events are happening and where you can watch them, or you’re missing a ton of important stuff.

Having The Score move into eSports like this is a further sign of how eSports are growing and attracting mainstream attention. It’s telling that a move like this comes from a sports website, rather than, say, a games or tech website. While the debate over whether eSports should count as “real” sports will likely never die, it’s clear that The Score feels they should at least be covered like sports.

The stock market appears to agree: Bloomberg reported that The Score enjoyed a 14 percent jump in stock price after making the announcement.

It will be interesting to see how this pans out. Previous efforts to do eSports coverage in the mold of, say, an ESPN have yield mixed-to-disastrous results. ESGN was probably the most notable initiative, though it’s important to stress that they were attempting to mimic the ESPN model by running their own events and shows in addition to doing video coverage of eSports. On the other hand, The Daily Dot seems to have had a lot of success in its eSports journalism, breaking several important stories in addition to providing ongoing coverage.

It’s a very weird thing to contemplate, though. I’m used to seeing friends checking football and hockey results compulsively at certain times of year, but I’m going to fall out of my chair the first time someone whips out a phone in a restaraunt and exclaims, “NiP just took it to overtime!”

Esports and regular sports may never fully overlap in terms of audience, but clearly The Score feels this is (to borrow a term from StarCraft”) a natural expansion for a sports site.