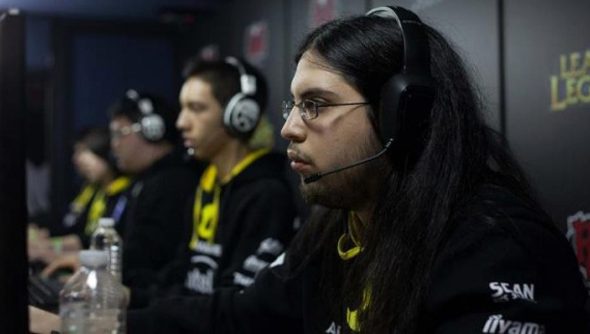 After all the furore during the MLG Summer Championships, where Dignitas and Curse both played ARAM (All Random, All Mid) during the final of the tournament, giving the players a free for all that was more chaotic than strategic, both teams were disqualified. Curse have issued an apology, and now Dignitas have done the same.

It’s important to note that neither team has admitted to the accusation of collusion to split the prize money, by far the more serious allegation, and also the one that both Riot and MLG say is what got them disqualified. Instead they’re apologising for going ARAM, saying that it was disrespectful to the fans.
Here’s Dignitas’ statement, coming from dignitas/Scarra:
“On behalf of the Dignitas League of Legends team, we apologise to our fans, sponsors, and to MLG for playing the ARAM this weekend. We realize that our actions were not and are not justifiable especially if we are looking to positively promote the future of esports and League of Legends. We agree to the punishment stated by both MLG and Team Dignitas. Additionally, we promise never to let a disappointing event like this happen again.”
The punishment from Team Dignitas that he mentions is the entire team being fined not only for their conduct, but also for the entire cost of the trip to the tournament. And with Esports not exactly being the most lucrativeof careers, that’s going to hit the players hard.
Riot and MLG have yet to issue a statement in response to these apologies, but it will be interesting to see if they have anything to say about the fact they’re mostly ignoring the accusations of collusion to split the prize money, and whether going ARAM was really a big enough issue to disqualify the teams over.