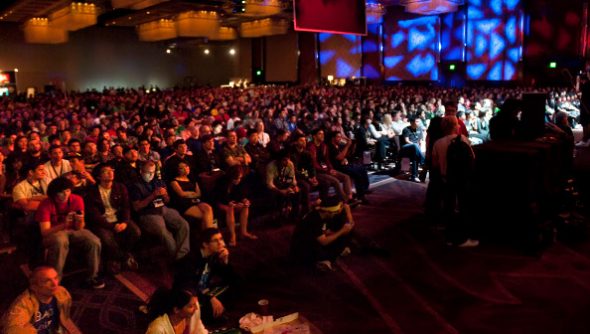 With a $100,000 prize pool and $50,000 promised to the first place finisher, IPL have gathered an incredible sixteen-team competitive field for this weekend’s League of Legends tournament. A lot of familiar names return from Riot’s Season 2 playoffs, including the world champion Taipei Assassins, along with some less well-known teams that qualified through IPL’s extensive regional qualifiers.

Fortunately, the group stage is not going to the carnage-fest it usually is, since nobody is actually being eliminated in group. Instead, the group stage is purely to determine seeding in the winners and losers brackets. That’s good news for teams in Group A, where MLG Fall winners Azubu Blaze face DreamHack winners Fnatic, Season 2 quarterfinalists World Elite, as well as Team Dynamic. It should also come as some relief in Group D, which contains Taipei Assassins, Moscow Five (who were favorites in the Season 2 Playoffs until TPA dashed their hopes), Curse, and new Thai team Blackbean, who would probably win the world championship if we went by team logos.

Meanwhile, the struggling Team SoloMid return in Group C to defend their IPL title from earlier this year. They’re joined by Curse EU (until recently the Absolute Legends team), the Singapore Sentinals (who narrowly missed out on the Season 2 Playoffs when the Saigon Jokers beat them in the SE Asian Regional Finals), and the appetizingly named Meat Playground.

Group B’s clear favorite is CLG EU, despite their surprising defeat at DreamHack. It will also be another chance to see CLG Prime’s new lineup with Korean pro Locodoco playing support, after a decent first-outing at MLG Fall. The two CLGs are joined by Team FeaR and Hong Kong’s IceLanD.

Just looking at the groups, you can probably make some pretty strong predictions about the results of the group stage and what the early brackets will look like. Group A is the hardest to predict, because Fnatic and World Elite both seem like strong contenders for the spot behind Azubu Blaze. It’s also hard to predict how some of the newer teams will fare, since they don’t have a history of competition with the more established squads.

It promises to be an exciting League of Legends weekend in Vegas, and a test for TPA to see if their massive Season 2 victory has softened them any. But it’s also a chance for some fresh faces to put themselves on the map prior to Season 3, and its many changes.