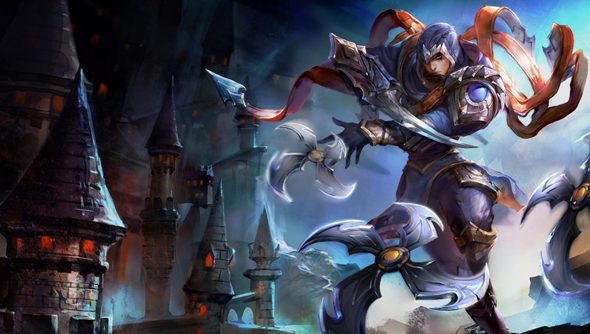 Gifts! They’re what we had before gifs made entertainment free, intangible and one letter leaner. At Christmastime, though, we still appease the older generations by buying each other traditional presents, like popguns, diabolos and League of Legends Riot Points cards.

This year’s exchange was scuppered for some, however, when RP from prepaid cards failed to turn up in their accounts after they’d been redeemed. Riot have since picked up on the issue, and begun the slow business of manually granting points to the proper players.

Riot discovered a bug with prepaid cards on Christmas Day, and promptly disabled them. Unfortunately, North American players who went on to cash in their cards found their codes accepted – with no RP forthcoming. The system then refused their attempts to use the code a second time.

While the system dribbles in a corner of Riot’s Santa Monica office, their staffers have spent the last few days manually crediting RP to every player who redeemed a card to no effect on Christmas Day. They’ve asked anybody with a card-related problem to submit a support ticket with the relevant information attached – username, summoner name, server, and card pin code.

On Boxing Day, Riot were expecting “a large amount of traffic” to their support pages, and apologised in advance for any delayed responses. Have any of you lot been in touch with them?