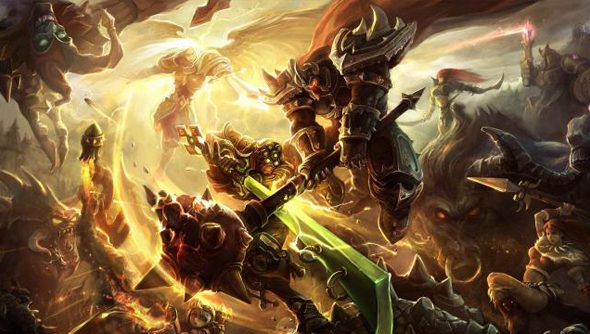 The much-discussed but lesser-spotted Mac version of League of Legends is in testing and will soon enter open beta.

You can play League of Legends on Mac now, and help polish the final version before beta, by downloading the PBE client.

Riot engineers have been wrestling this one for a while, rewriting huge chunks of LoL’s engine to ensure that PC and Mac versions share the same code base and assets. The upshot of this is that players on both platforms will get future updates simultaneously.

“While we aren’t quite ready for a full open beta launch, we wanted to share the Mac client with PBE players to help us find bugs and give feedback,” said Riot associate producer Steve “Udyr” Mieczkowski.

“Thanks to the Mac community for your extraordinary patience – and a very special thanks to a particularly astounding group of folks who helped many of you play League via an unofficial client over the past months,” he added.

If the perimeter of your monitor is encased in gleaming white, this might be exactly what you’ve been waiting for. Does that sound like you?