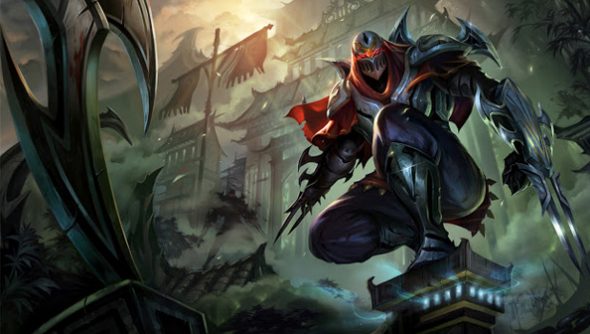 Riot’s preseason updates are the time when careful tweaks and nerfs give way to “sweeping changes” (their words), where long-sought changes can be implemented without fear of destabilising major tournaments. We’ve heard tell of revamped jungling and a new focus on items which engender “player self-expression”. Now Riot’s preseason site has gone live, and we know precisely what they’ve been driving at.

While Riot were “extremely pleased” with the wealth of options summoners had to play with throughout Season 2, the developers intend to improve the metagame further via changes – “sweeping” ones – namely toitems, the jungle, and masteries. The idea is to provide players with “more strategic options and an even greater roster of champions across all roles”.

“This will be an iterative process, and we’ll be making changes and incorporating your feedback throughout the preseason,” add the developers. “But here’s a preview of what’s to come.” Let’s get to it then, eh?

New additions to the item shop are chief in Riot’s plan to bring broader strategic choice to LoL’s metagame. More nuanced item builds should allow players “more opportunities to counter-play and build around distinct playstyles”. There are 23 new items in total, and they look like this: Beyond those, a slew of items have had their stats adjusted – either to broaden their viability across a greater number of builds, or to ensure they remain useful at in the early, mid and late game. More still have been removed entirely. You can check down the list to see what’s happened to your favourites on this page.

A common problematic theme, say Riot, was that “attack damage was overvalued, attack speed was undervalued, and there was too much durability on early game items”. However, the developers are also quick to reassure that gaps left by removed items have been more than filled by the new arrivals.

Next up is the jungle. Welcome. Riot want to increase rewards to up both the number of viable junglers and the number of viable strategies for them in the late game. “We also wanted to decrease the pressure on early game lanes by making these more rewarding camps more difficult to clear,” say the developers. “With these changes, junglers will have many more opportunities to make strategic decisions that impact the game.”

These new jungling rewards, then. Riot have added more powerful jungle camps to increase potential for greater gold and experience gain in the early game (though there’ll be greater risk to match). In the mid game, the improved rewards offered by neutral monster camps will give jungers the option to farm up and make use of those special new items we talked about earlier. The net result will be more powerful and more varied junglers by the late game, where they’ll have much greater impact in team fights.

Last in this brief rundown of the most major preseason changes are masteries, which have been updated.

“In Season Two we saw a bunch of heavily-optimized ‘cookie cutter’ mastery builds rise to popularity,” say Riot. “We want the updated masteries to contain many equally-viable options at each level of the tree to ensure that your masteries are unique to you, and selected specifically with your playstyle in mind.

“For example, going deep into the Utility tree should now be a matter of personal preference regardless of your role, not just the required setup for a support champion. We’ve introduced new masteries to make each tree viable for more than one archetype.”

See the updated trees in full below, which some of the more pertinent changes highlighted: Frankly, it doesn’t look like any corner of the game will go untouched by all of this sweeping change. How will the new additions impact your playstyle?