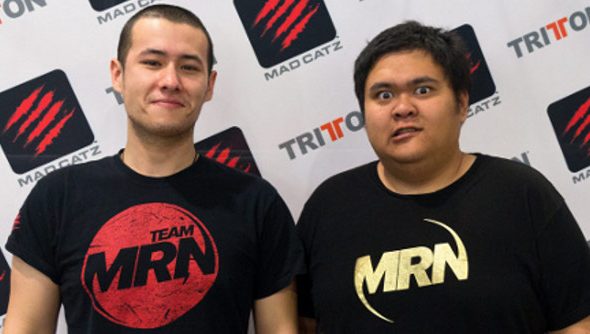 Yesterday, Patrick “MegaZero” Glinsman, formerly of the disbanded LCS team Team MRN published a PSA on Reddit about the dangers of unscrupulous LCS managers and complaining that their team manager, Martin Phan, took more than his fair share of Riot’s team subsidy. Today, Phan responded and revealed that… Team MRN was really bad with money and record-keeping.

While Phan and some of his players are trading blame over the fact they came out of LCS with less money than they expected, they are teaching the rest of the eSports world a valuable lesson in the value of accounting. Indeed, the new meta in the LCS should include a “Spreadsheet Carry”.

Phan’s blog response to Glinsman seems to go a long way to exonerating him of the charge that he was in it for a nice payday at the expense of his players. But it seems undeniable that he kept sloppy records, kept crucial information to himself, and let the team live far beyond its means during its time in the LCS. Phan himself admitted via Twitter:

All of this he-said shit including on my part is dumb and stupid. Take responsibility. I have and I know now I’m not fit to be a manager.

In many ways, this is a classic sports story. A group of hopeful pros make it to the big leagues, have no idea how to handle their money or what their expenses are, and then are left empty-handed when the dream is over and they are sent back to the lower leagues.

Phan portrays a team that fell in love with its own good fortune and set out to enjoy the adventure of a lifetime, renting an expensive team house that “was way above our means for a new team”, one that came with a longer-term lease in the expectation they would not be relegated at the mid-season split.

Where Phan seems to get himself in trouble is that he admits his own salary came from an extra $25,000 that Riot gives to team in addition to the $12,500 for each player’s salary. He includes an email from Riot’s Dustin Beck inquiring after the extra $25,000 and why it couldn’t be used to cover the broken lease and other associated expenses from leaving the LCS. The answer is that he’d spent it on his salary and the rest of the team’s expenses and when it was time to cover their exit, the cupboard was bare. It probably also didn’t help that he’d told the team that the other half of the $12,500 was Marcus “djWheat” Graham’s share, who was working as their business manager.

On the other hand, it sounds like both their house rental and the end of their lease were handled extraordinarily poorly, with money changing hands without records or even a clear accounting of where it was going. The fact that a number of the players themselves don’t seem to understand where the money went, and Riot is working to help them, indicates that the other parties weren’t satisfied with Phan’s explanations. It will be interesting to see how this develops, but it’s a sad way for one of the LCS Spring Season’s more inspiring stories to end.