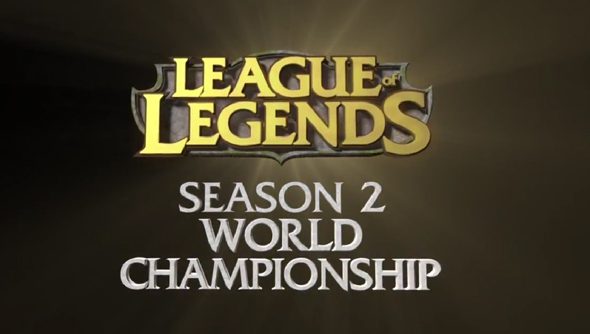 Since November last year, teams have been competing in League of Legends for a spot in one of the regionals that are leading up to the World Championship of Season 2. The total prize pot for the entire tournament is $5 million, although $1 million has been given out already. It’s a frankly obscene amount of money, and it’s really establishing League of Legends as a premier E-Sport along the likes of Starcraft 2.

Even though we’re only half way through the Season, there’s a huge amount of traction being made both on the side of the players competing and those watching the streams at home. In a promotional video for the World Championship, Riot’s President Mark Merril states ‘Just halfway through the season, more people are watching League of Legends than tune in to watch Major League Baseball games on ESPN.’ Quite the accolade, and only goes to show quite how popular both E-Sports, and League of Legends, have become.
So far there have been two Challenger Circuit events, establishing an early dominance from teams like Moscow Five, Team Dignitas and Team Solomid. Both of these took place in Europe, though, and were comprised entirely of European and American teams, which leaves all of Asia out of the picture, and when those teams start to play the picture of who stands where is going to become much clearer.
The most interesting part of the announcement of the Season 2 World Championship, apart from the towering pile of money on offer to the winners, is that the finale of it all is going to take place in Korea, a territory that League of Legends only launched in last year. It’s the spiritual home of E-Sports, and a country almost entirely dominated by Starcraft. So to see such a bold statement on the part of Riot and League of Legends is a powerful statement of intent; they’re eyeing the crown, and they’ve got the money and the audience to back it up.
The question of whether the Korean players, and the Asian scene in particular, will happily make the shift from solo-focused games like Starcraft into something so strictly team-oriented like League of Legends remains to be seen, but signs like legendary Starcraft player Storm Zerg Yellow starting up his own League of Legends team Xenics Storm, bode well.
Now we’ve just got to see whether it’ll be one of the big teams like Dignitas or CLG are going to take that massive pot, or if it’ll be a newcomer like MiG or Moscow Five that will cinch it. Either way, a lot of people are going to be watching the streams.