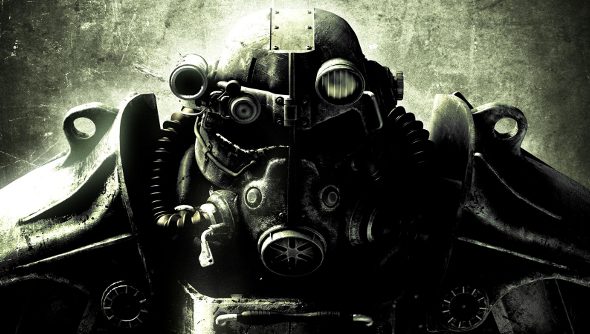 Survivor 2299 might have been complete balderdash, but Kotaku’s got its hands on leaked documents which reveal that Fallout 4 is indeed in development and, coincidentally, will be set in Boston, the setting of the hoax. The leak is a script from a casting call for a project named “Institute”, and while Fallout isn’t actually mentioned in the script, the setting is alluded to along with character descriptions and other Fallout details.

Since there hasn’t been an official announcement and this is just a script, everything contained within it will likely to be subject to change. Kotaku has posted two pages of the script, revealing the game’s introduction and a mission set the Fallout universe’s version of MIT.

The player-character begins by spouting a monologue, revealing his backstory. What is of note is that this introduction doesn’t appear to be gender neutral. “We now stand on the brink of total war – and I am afraid. For myself, for my wife, for my infant son. Because if my time in the army taught me one thing – it’s that war – war never changes.”

The casting call was for both female and male characters, however, so the introduction might change depending on the player-character’s gender.

In the mission detailed in the script, the player character finds himself in an abandoned museum, meeting a group of mercenaries known as the Commonwealth Minutemen. Surrounded by raiders, the group is desperately planning an escape. The leader of the Minutemen suggests that the player make his way up to the roof to grab a fusion core from a chopper so group can power their weapons. The player refuses, however, noting that museums use a lot of power and there’s likely a fusion core powering the grid inside.

While the script doesn’t mention alternative dialogue options, it wouldn’t be crazy to assume that the player could choose to go up to the roof or that they require a particular skill to know about the museum’s power grid.

The scenario, and even the whole script, might have just been invented for the casting call, but this is at least confirmation of Fallout 4’s development and that Bethesda is at the point where they are looking for voice actors. Bethesda’s keeping quiet on the whole matter, of course.