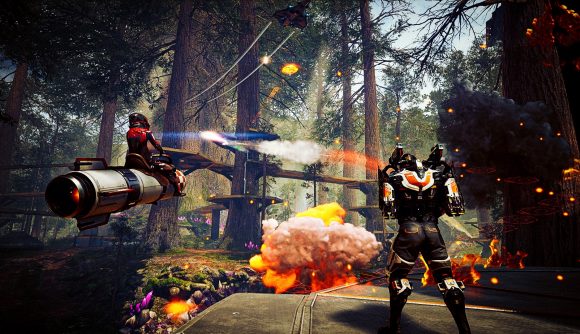 The developers behind Citadel: Forged With Fire have revealed their next project, which you may get your hands on soon if you’re lucky. Leap is a high-mobility FPS game where 60 players duke it out on hoverboards, inflatable tubes, and mechanical moose in team-based action. It’s all quite zany, as you’ll find out from watching the trailer below.

Before you leap into battle, you’ll have a choice of two employers – the United Earth Defence Coalition or the Exo-Terrans. There are four classes to pick from, too, with each of them having a different balance of power, agility, and defence to complement their abilities. You can call in orbital strikes, set up automated turrets, or guide a cruise missile into an enemy’s gob. There are heaps of maps, and you have other mobility tools alongside the previously mentioned vehicles like jetpacks and grappling hooks.

The trailer gets the game’s tone across pretty well. A mercenary is simply floating along in a lake while a narrator tells you how violent and unruly his species are. The narrator ponders if this is the first cybernetically enhanced warrior to commune with nature before the poor chap gets blown up. 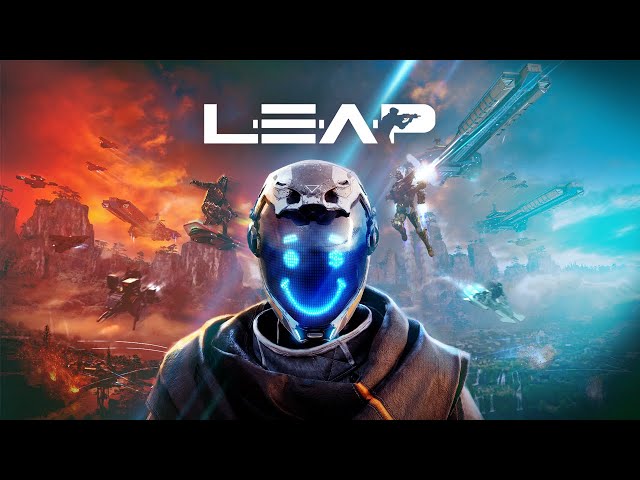 Leap is getting a closed beta test on Steam on January 19. If you’d like to enter for the chance to dive in, you can find all the information you need on the game’s website. For more of the best FPS games on PC, you can follow that link.