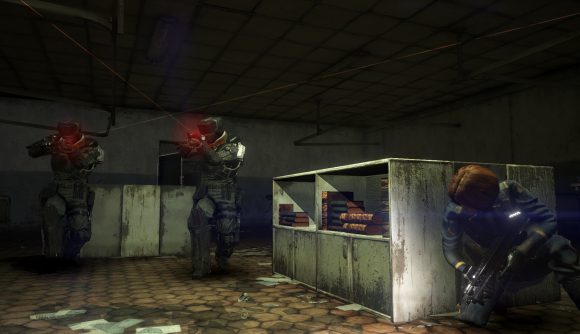 Director Toshifumi Nabeshima and producer Shinji Hashimoto walked us through a handful of gameplay scenarios to demonstrate. You do have access to guns – this is billed as a third-person shooter, after all – but you won’t always have enough bullets for a straight shootout. That means stealth and evasion, backed up by crafting makeshift weapons and tools, are a must.

You can craft items like wire traps, explosives, and molotov cocktails, as well as more technologically advanced things like radars. The radar sends out a pulse that reveals the hidden locations of enemies, letting you see what’s around corners or behind doors. In the example we saw, one of the game’s protagonists is able to spot an ambush being set up for her before it’s sprung.

Left Alive doesn’t have a traditional character progression system, so you won’t be levelling up to learn new recipes and craft better items. But you will enjoy some improvements over the course of the game, like picking up bigger backpacks to increase your carrying capacity. 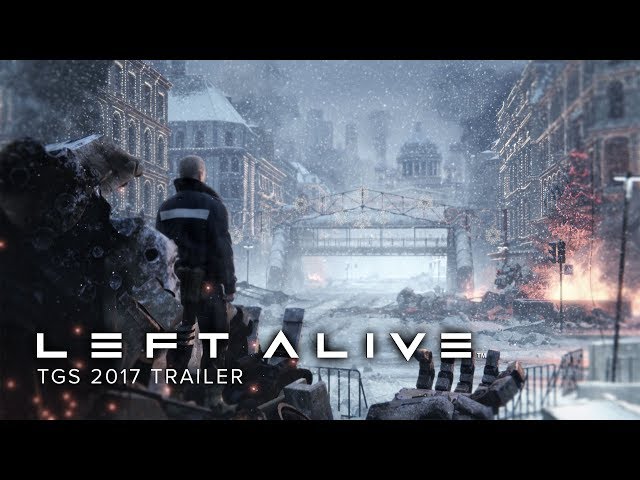 Overall, however, Nabeshima says the goal is to have you take the role of an ordinary human caught in the middle of a much larger conflict. So don’t expect to rely on any super-advanced weaponry – even if you can occasionally commandeer a Wanzer to temporarily tip the scales with a mech on your side. The Left Alive release date is still set at a nebulous point in the future, but by now the initial promise of release in 2018 seems unlikely.