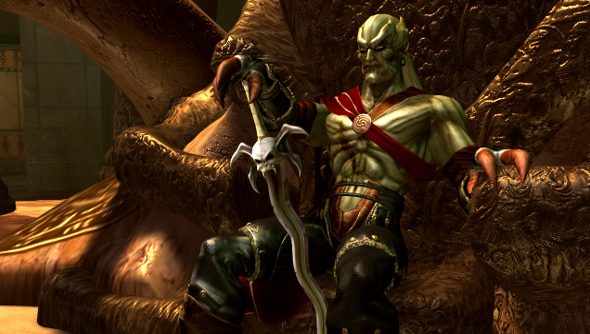 Every now and then, someone gets our hopes up about a new Legacy of Kain game. Today, it’s Crystal Dynamics’ senior designer, Michael Brinker, who believes that there’s a 50/50 chance we’ll see a new game in the series this generation.

It says a lot about how grim the chances of a series resurrection have been, that I can actually get excited about this. There’s just as good a chance that we won’t see a Legacy of Kain game any time soon, but that there’s a chance at all makes me tingle with anticipation.

“It’s a 50/50 chance,” Brinker told finder.com.au. “We have in-house developers who really want to make that game. It’s interesting because people look back at our history and our franchises and see that we have some really great iconic IPs. So gamers wonder; ‘where are they and what are they doing?’ Well we’re always tossing around and talking about ideas [of bringing them back]. It really is 50/50.”

At the moment, Crystal Dynamics are more focused on their other major series, Tomb Raider, the one that’s actually had a successful resurrection. Rise of the Tomb Raider launches tomorrow on Xbox One, while we’ll have to wait until next year for it to come out on PC.

The closest thing we have to a modern Legacy of Kain title is Nosgoth, currently in development at Psyonix, the Rocket League lot. It’s a fun, asymmetrical multiplayer romp, but it’s worlds apart from the games that came before it.