If you’re looking to get to grips with the latest League of Legends inspired card game from Riot Games, then the Legends of Runeterra regions are a great place to start.

After spending time in the Legends of Runeterra open beta, we’ve got to grips with all the regions and their different playstyles. So, how does Legends of Runeterra stray from the online card game landscape? We’ve explained the basics of how to play Legends of Runeterra, but what really sets this card game apart from the rest of the pack? Well, you’ll have to constantly react to the other players attack and defence for starters, but it does have one thing in common with other CCGs, other than taking a while to set up the ultimate deck, cards belong to certain types and in this case – regions. 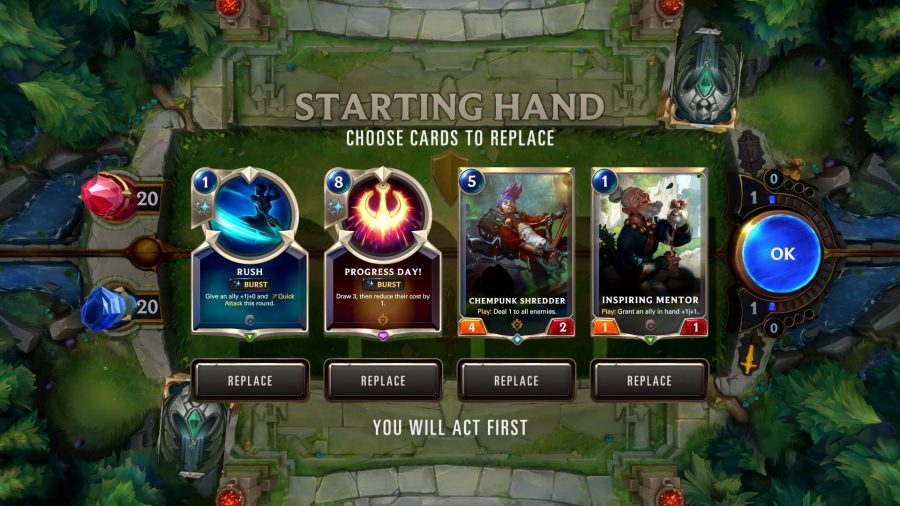 Here are the Legends of Runeterra regions:

Shadow Isles – Death and Sacrifice: Shadow Isles is all about sacrificing cards to revive them later in the game.

Noxus – All-Out Assault: A damage heavy region that focuses on chipping away at the enemy Nexus through card specific abilities.

Piltover & Zaun – Machinations and Mayhem: A risky region that focuses on discarding and drawing cards to buff up cards and deal damage.

Demacia – Magical Might: A spell heavy hand full of beefy cards and ‘detain’ which allows an ally to capture a unit.