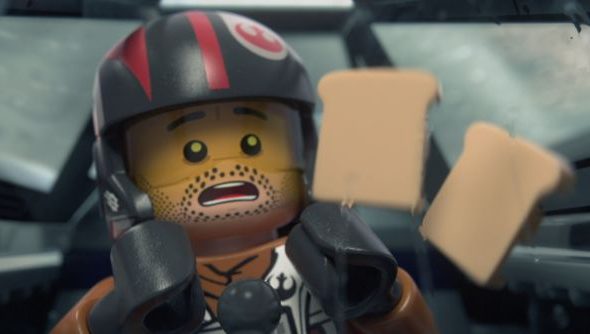 Update: That was quick! A patch was issued and the game works now.

Panic subsides as a 9.5 gigabyte patch was issued that fixed the problem. Players now seem to be happily enjoying a massive black screen with yellow text floating up it, as opposed to the alternative.

We may have a new entry for our list of the best PC games ever in Black Screen Simulator 2016.

Original story:Warner Bros. cannot catch a PC-flavoured break in the recent past. Between Arkham Knight’s apocalyptic PC launch and Mortal Kombat never getting its rounds of DLC on PC, they’ve had more troubles than a particularly busy night in Gotham. Now somebody along the chain of release for Lego Star Wars: The Force Awakens has hit the go button a few hours early, leaving a pre-loaded version of the game playable on Steam – as nothing but a black, and sometimes white, screen.

To be clear, the game isn’t scheduled for release until some time later today, at least by normal Steam release schedules. What people are ‘playing’ at the moment is a glitched version caused by encrypted pre-load files, as far as we can tell.

Steam reviewers are taking it with uncharacteristic good humour, leaving glowing statements of their experiences loading up a black screen, then tabbing out to make it white. Thrilling scenes, we’re sure, and can’t wait to jump in ourselves.

Neither Warner or TT Games have commented on the situation yet, but hopefully it will get fixed with a quick patch at some point soon. We’ll update if they reply to our email on the matter, or when they get it fixed – assuming, of course, that it is a small error and not a larger problem. Meanwhile, if staring into the abyss is your thing, boy does Phil have the feature for you.