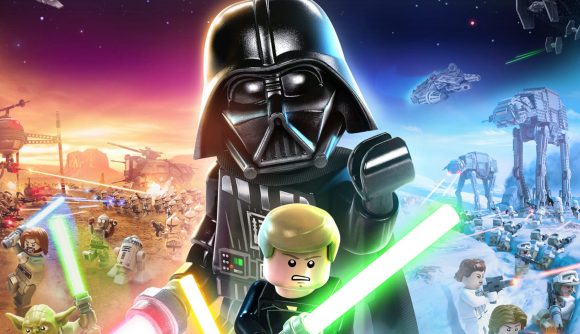 August 27, 2020 Lego Star Wars: The Skywalker Saga has been delayed into next year.

Looks like we’re going to have to wait a little bit longer to get our hands on the next Lego Star Wars game. A new gameplay trailer revealed that the Lego Star Wars: The Skywalker Saga release date has been pushed back to spring 2021, whereas it was initially set for October this year.

On the bright side, though, we did get a quirky new trailer that showcases how each movie will be represented in the game. We also got a look at some Lego Porgs, so all is forgiven – basically. Lego Star Wars: The Skywalker Saga has been teased since well before the launch of the latest film, and the devs finally unveiled the game in more detail earlier this year on Star Wars Day.

As the title implies, this particular Lego Star Wars entry will feature content from all nine numbered films in the series – all built “from the ground up”, as the devs say, so don’t expect any re-used content here. You can jump around however you like, and visit anything from the prequels, OT, or sequels in any order.

Lego Star Wars: The Skywalker Saga is coming to PC and will be available on Steam. You can catch the new gameplay trailer below:

The modern Lego series has always been a delightful selection of co-op games, and an even bigger blocky take on the Star Wars saga sounds very nice indeed.