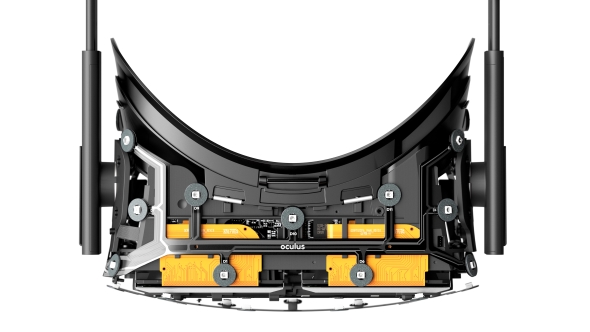 We desperately need new, powerful graphics cards because LG and Google are expected to get together to reveal a new high-res OLED screen for VR in May, and the current crop of GPUs are going to really struggle to nail non-vomity performance on it.

The lovely folk over at Hardware.Info have reported that LG and Google will be presenting a brand new OLED screen, specifically designed for virtual reality, at Display Week 2018 at the end of May. The current crop of VR panels are blighted by the screen-door effect, but there’s a good chance this new panel might come close to eradicating it.

The specs for the new 4.3-inch screen are rumoured to offer an 18-megapixel resolution and a 120Hz refresh rate. That doesn’t give us an exact native resolution for the panel, but Hardware.Info suggest 18-megapixel cameras have sensors with a resolution of 5184 x 3456 and that it would make sense for a VR panel to have a 2:1 aspect ratio. They’re speculating that might translate into a screen with a 6000 x 3000 native res.

The standard 5K resolution is 5120 x 2880, but that only delivers just under 15-megapixels, so we’re talking about our VR-capable GPUs having to power a screen with a higher than 5K native res. There’s probably going to need to be some serious upscaling going on.

The other important figure would be the pixel density of such a panel. If we are talking about a 4.3-inch display then you’d get a screen with a density of 1,443dpi. Yeah, forget that screen-door effect. And you thought Apple’s Retina shizzle was pixel packed…

LG are one of the few panel manufacturers on the planet capable of creating OLED screens in a vaguely affordable manner, making them perfectly placed to have a hand in designing these new displays.

The benefit of having an OLED panel is that you get bright, vivid colours, great contrast, and absolute blacks. But you also get a display that has no need of a separate backlight as OLED is a self-emissive technology, and that should mean you can get a more slimline headset, at least from the front back.

With Display Week 2018 going down between May 20 and May 25 we should hear some more news about the VR screen, and potentially where it might end up being used.