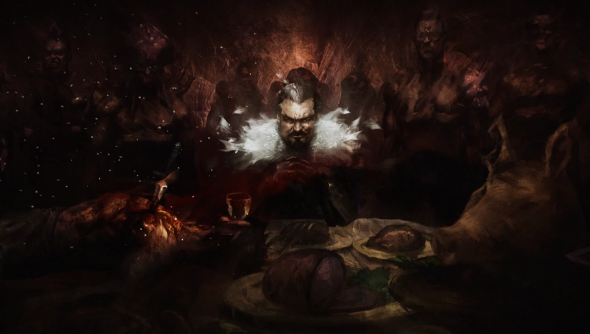 Beset on all sides by animated corpses, shrieking demons and loopy cultists, I should already be dead. I’m a mage, a glass cannon, and there’s not enough mana in the world for me to take all these angry monsters on all at once. Except, there’s no such thing as mana in first-person spellcaster, Lichdom: Battlemage.

The ground burns beneath my eager enemies. On fire, they charge, but I blink out of the way. I cover them in pustules, stun them with lightning and fry them with sun-hot balls of fire. I look around, and only corpses – of the not walking variety – remain. I don’t miss mana at all.

I am a mage unshackled. Limitless power is mine to control, absent resources to monitor. I don’t need to nap to remember spells. I tell alchemists to keep their potions. And no trinkets or items are required to empower me.

This is the game’s great hook. It’s punk, flipping the bird at convention. The dragon – Lichdom’s protagonist, portrayed by either Jennifer Hale or Troy Baker – is one step away from sporting a leather jacket and uncomfortably tight tartan trousers. 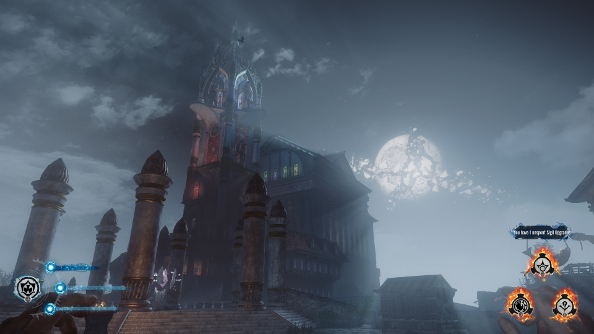 The world is in a right old mess. The moon is broken, which is presumably bad, and there’s a nasty cult causing a ruckus. Undead and demons are all over the place, and it seems like there are maybe five regular people left alive in the whole place.

So up pops some guy or some lassie, who are given bracers that confer incredible control over magic by Lex Luther Roth, voiced by Clancy Brown. It is, for the most part, an exhaustingly by the numbers story of revenge. If you play as the male hero, you’re out to kill a pantomime villain known as Shax because he, you’ve guessed it, killed your wife.

With such threadbare motivations, there’s little agency found in this magically-charged duo. They are pointed in one direction by their mostly absent mentor, Roth, and march in that direction so they can taste revenge and save the world.

The troubled world is a stunning, massive backdrop; little more than pretty window dressing. It’s striking and begs to be explored, but the march towards revenge never leaves the confines of countless corridors, caves, valleys and arenas dotted with poorly placed checkpoints. Secret rooms occasionally break the monotony of moving in one direction, but there’s no exploring to be done. 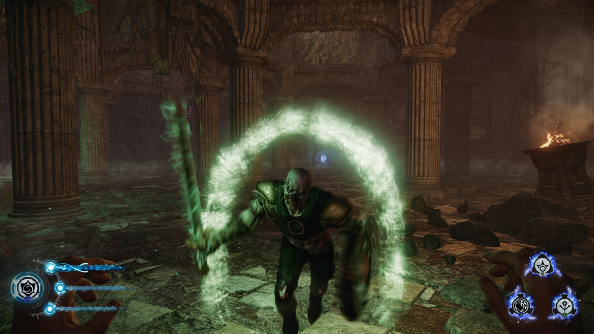 For a game that dramatically breaks convention with its magic system, it is rife with convention everywhere else. First-person shooters clearly serve as the inspiration for the game, much more so than RPGs. Lamentably it is that particular style of shooter exemplified by Call of Duty that it’s most reminiscent of, with characters that are paper thin and environments are straightforward paths.

But just like Call of Duty, the geography of Lichdom is one that you’ll want to traverse, even if you’re only going in one direction. Developer Xaviant has gotten a lot out of the CryEngine 3, crafting levels rich in atmosphere, and often interesting in design, multi-tiered and peppered with cover. From a ship graveyard frozen in ice to haunted desert villages where not a living soul resides, it’s a whirlwind tour of a lonely, dying world.

What these locations really are, though, is arenas where you’ll unleash the sort of destructive magic that would even make Elminster raise a bushy eyebrow.

Over the course of the game, nine sigils – Lichdom’s spell schools – are unlocked, from elemental fire and ice magic, to the dark arcane power of necromancy. Only three sigils can be “carried” at any time, which would have seemed like an odd limitation in a game about unlimited magic, but it makes the spell system much easier to manage. 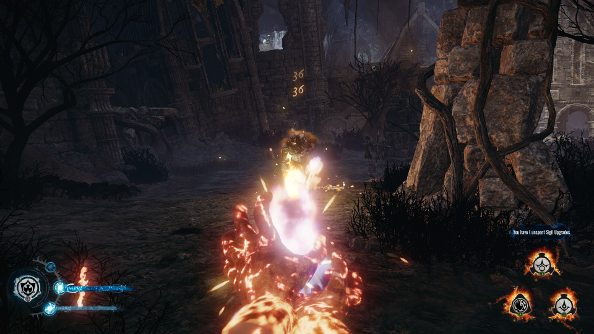 Having three sigils at your disposal actually means you have nine spells, a magical shield and the ability to teleport. Each sigil has three spell slots. My first sigil was fire, and out the gate this meant I could launch a flaming projectile, target the ground and unleash some arcane AOE damage, or empower my magical shield so it could emit searing flames if I blocked at the right time.

But direct damage isn’t the only use for magic. Spells can be given destruction, control and mastery augments. Destruction is for pure damage; control freezes and roots enemies, applies damage over time or stores damage; while mastery debuffs enemies, improving the damage potential of other spells.

Spells can be given particular shapes, too. Missiles are straightforward aim and shoot spells, lobs do splash damage, pools leave lingering effects on the battlefield and traps kick off when an enemy steps on them. It’s a lot to keep track off, especially when the system is introduced in a slapdash manner. But digging into of all these different elements and the game’s particular nomenclature is a necessity, as players have to cook up all these spells themselves. 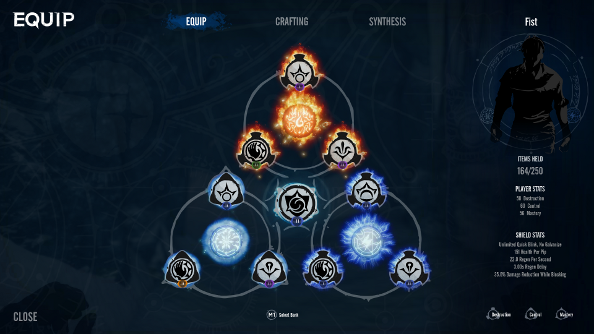 New spells can be crafted from all these different components, which make up all of the game’s loot. Coming in different rarities and levels, many of them confer special bonus traits or extra slots that allow for the addition of extra augments. They can be combined to create an upgraded version, spent in the hopes of unlocking new components, and complete spells can be broken apart, letting you grab part of the spell to add to a new one.

I died all too frequently before I got to grips with the arcane, somewhat obtuse system, but it’s then that I was able to appreciate how rich it is. It’s ripe for experimentation, sticking bits and bobs, the building blocks of powerful magics, together and then gauging its effectiveness by how long I managed to survive. And when it all comes together, and battles that once took 10 minutes end in 30 seconds and lots of crispy, smouldering corpses, it’s glorious.

My go-to loadout used the fire, lightning and corruption sigils, and I crafted spells that covered the trinity of destruction, control and mastery. I start with some chain lightning, stunning groups of enemies, then use my corruption spell to cover them in grotesque, pulsating pustules, and then I finally charge up a fire missile. Upon an enemy’s death, the pustule spawns a large, flying tumour-like demon, which would continue spraying any other enemies with disease. 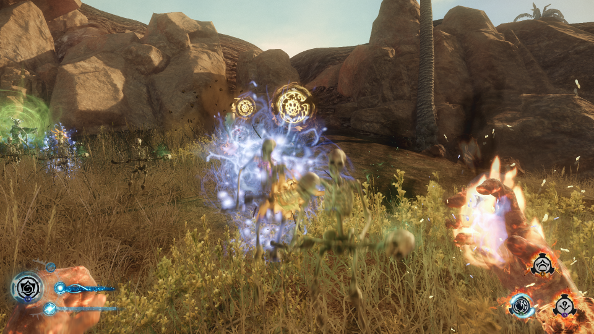 But I never felt tough. Powerful, sure, at least in battle. But not hardy. A few knocks from an enemy usually spells death. And that would be fine, if it wasn’t for the underhanded ways that enemies can get the better of you. Lichdom commits a crime against first-person games by frequently spawning enemies behind you, and then leaving you with no way to know this. Not even when they are attacking you. There is a horrible over-reliance on waves and summoned enemies, and a lot of the monsters and crazed cultists are used ad nauseum.

These problems do play to Lichdom’s strengths, however. By flinging hordes of enemies from all directions, it creates the sort of large, frenetic battles where a battlemage can thrive. And you certainly learn to keep moving and maintain control over the battlefield when some nasty old corpse can jump out of the ground and start taking swipes at you.

Lichdom: Battlemage’s magic system is second to none, and it carries the game. It does one thing exceptionally well, while the rest of the game languishes a bit. Everything is subservient to firing off apocalyptic spells and frying thousands of loud, angry foes. The disappointment I felt when I wasn’t able to use my magic for nonviolent exploration or the exhaustion I felt every time I had to hear another trite piece of exposition were brushed aside in a cacophony of arcane explosions.