Episodic adventure game Life is Strange 2 is (three-fifths) here and no doubt delivers a certain warm sense of familiarity. Mechanically, it features basically everything that defines its beloved, and now nostalgia-tinged, predecessor – on paper, at least. The art style, point-and-click mechanics, supernatural aspect, the very adult choices you must make from the naive perspective of an adolescent, and the familiar guilt as their consequences unfurl – it’s all there. But, for me, something is missing.

When it first released back in 2015, Life is Strange achieved something special. It gave us one of the first authentic, richly perspective-led depictions of female experience in a mainstream videogame. Through its teenage female protagonists, Max Caulfield and Chloe Price, it captured the dynamics, shared language, and relatability of female relationships, both platonic and romantic. Developer Dontnod peppered the game masterfully with the day-to-day experiences of a young woman, both good and bad, with a light but effective touch. Its plots sail through the ‘Mako Mori test’: Life is Strange is defined by female characters who progress along their own narrative arcs, which don’t exist simply to support those of male characters.

So the essence of the first Life is Strange, and its prequel Before the Storm, is not in how you interact with the world. It’s in who experiences it. The authenticity, vitality, and rarity of its entirely female-led perspective is intrinsic to what it means to many of its fans. With Sean Diaz, as great as he is, you see the world through a different set of eyes – ones which have the benefit of belonging to the already very well-represented sex.

Life is Strange 2, for all its awesome qualities as a videogame and the important themes it explores, is another tale about the world from a male perspective. It still factors marginalised representation into its narrative (Sean and Daniel are of Mexican heritage, Sean is bi), all of which plays out in its own valid and worthwhile ways. The brothers have perspectives and vulnerabilities of their own, and the game’s interrogation of racism is absolutely vital. But the power Life is Strange has over me, both as a videogamer and a young woman, is rooted in its willingness to explore the nuances and experiences of the world from the other half of its population’s perspective too. Very few games really commit to doing this, and I wish the studio had also factored that in again this time – another female perspective would not have precluded an exploration of the topics it explores. And I’m afraid that when Sean gives his perspective on women’s experiences, something very important gets lost. 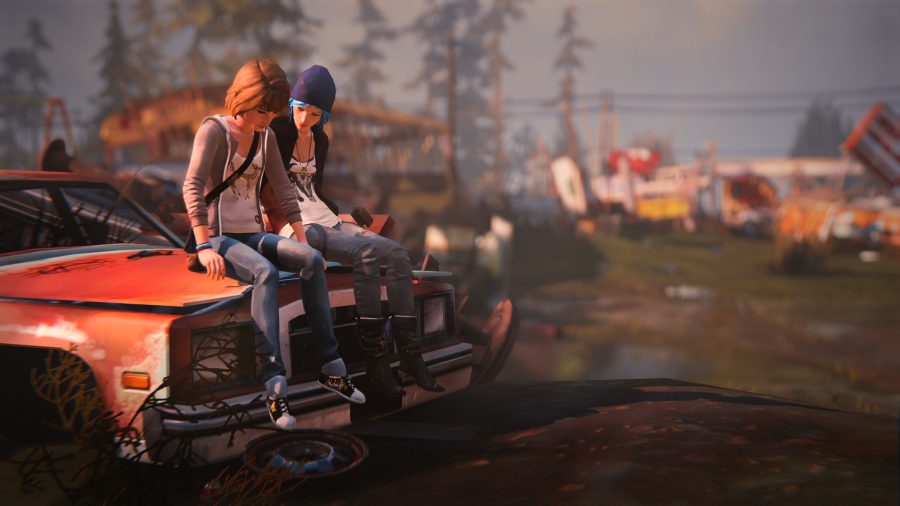 Remember Warren from LIS? His constant attempts to shift his relationship with Max away from their platonic ‘friend zone’ were gradual, and to an outsider’s glance, may not seem like a big deal. However, when you actually experience them from Max’s perspective, they are self-evidently toxic. All those messages pressuring you to “go ape!” with him. You just wanted him to leave you alone – a feeling you couldn’t relate to in anything like the same way if watching from the sidelines as one of his peers. Sean, no matter how perceptive or sensitive he might be, is one of his peers.

Dontnod is brilliant at creating complex female characters, but all we see of them now is an outside view

The female characters in Life is Strange 2 are on the periphery of Sean’s understanding. They are NPCs, often framed in a way that shows Sean doesn’t ‘get’ them. Take for example the two first women of the game: his best pal Lyla, and Jenn, the girl he’s crushing on, who Lyla texts on his behalf because he’s “no good at this”. They’re both very much framed as an ‘other’ to him, beyond his immediate insight. It doesn’t matter that he’s close with Lyla – he doesn’t understand the language she shares with Jenn, courtesy of her shared female experience. Not his fault, he’s an adolescent guy learning the ropes of dating, but it means we’re catapulted away from the intuition and perspective that permeates LIS.

Even Cassidy intrigues and excites Sean, but is alien to him. Dontnod is brilliant at creating interesting and complex female characters, but all we see of them now is an outside view. And that is a real shame. 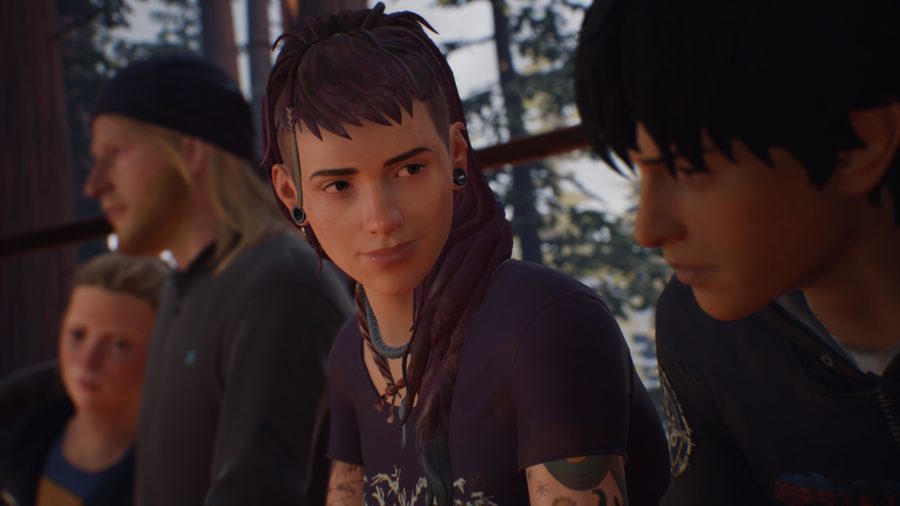 Of course, the community that developed around (and to adore) the first game doesn’t have to be the target audience of its sequel. Dontnod is under no obligation to replicate, continue, or revisit the original’s subject matter, or build games solely around women.

That said, the critical and commercial success of the first game, and the passion of its community, seems to me inextricably linked to its note-perfect depiction of adolescent female relationships. If the reaction to the second has been less enthusiastic by comparison – and mine has – then abandoning that perspective may be why. It’s also frustrating for many players, both female and male, that deviating from the male protagonist default seems to be not only an exception, but something that we need to continually ask for – even after the release of fantastic representations like Life is Strange. 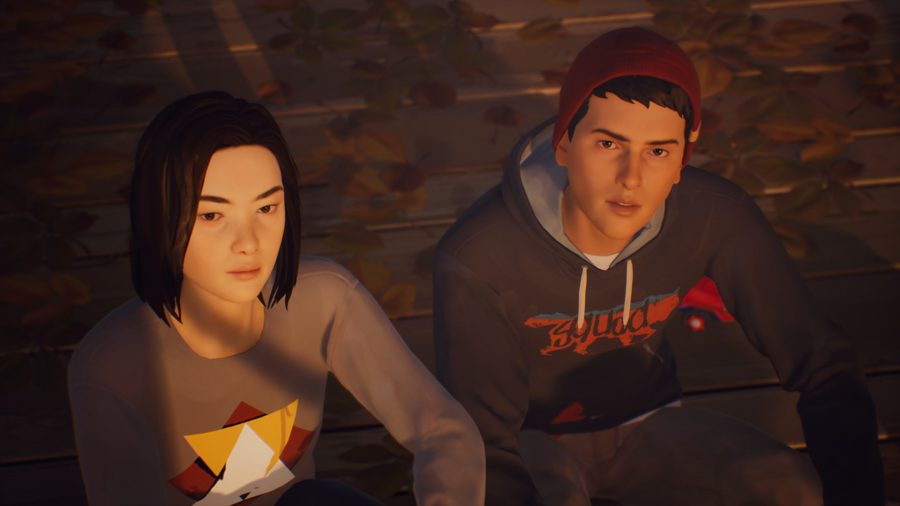 We won’t see all that Life is Strange 2 has to offer until episode five releases this December. It’s already clear, though, that while it achieves a lot of other cool things (the road trip plot in particular is a really interesting innovation) the game won’t – and can’t – have the same draw for fans of the first game like me, who got so much more out of it than branching narrative paths and investigative gameplay mechanics.

Time to hit the road: Check out the best adventure games on PC

In my opinion, a story that focused on the experiences of runaway sisters, with all of the perils unique to that situation, would have been a better legacy to Max and Chloe’s adventures.