In an episodic series like Life is Strange, the end of a season is a crucial punctuation mark – and not just for players or the game’s central characters. A new season means Dontnod has the chance to rebuild its development tools. It’s a process that involves throwing out old parts and installing new ones to make sure the studio can tell all the stories as effectively as it wants to over the coming months.

For Life is Strange 2, that meant a complete engine swap. The Unreal Engine 3 pipeline and tools that had been built and improved over the company’s inaugural years were pulled. What was left was then either updated or modified, and what was missing was replaced with the newer parts on offer in Unreal Engine 4.

“Most of the teams had to learn how to do things differently,” producer Luc Baghadoust tells us. “Luckily, everyone was really excited about the possibilities and that helped the transition a lot.”

While shareware introduced PC gamers to the idea of the episodic game, the likes of Valve and Telltale popularised it with Half-Life and The Walking Dead respectively – big studios with huge games. But as one of a handful of studios that has continued to run with the form, Dontnod remains an outlier. That means it’s making Life is Strange 2 in an infrastructure built to support large, traditional games with smaller DLC supplements, and that can lead to difficulties. 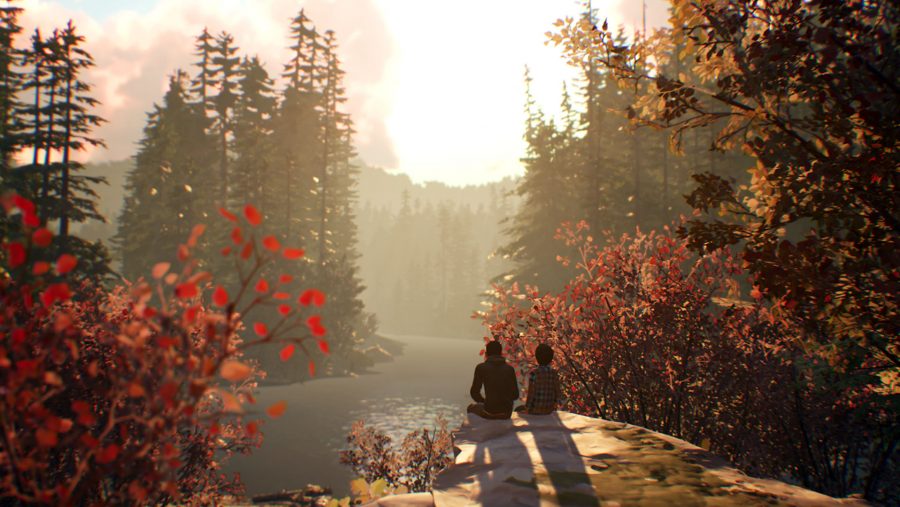 “While very interesting creatively, technically speaking, the episodic development imposes more limitations and constraints than it offers advantages,” Baghadoust says. “The idea is that Episode 1 is the base game and the following episodes, 2 to 5, are DLC.”

What happens if someone deletes Episode 2 to make room for Episode 3?

In practical terms, Dontnod needs to have all of a season’s functionality and features in a final state when that first episode is released. If the studio wants to introduce a new minigame in a later episode – which goes towards avoiding player fatigue – then it has to patch that ‘base game’, Episode 1. While you might consider each part of the story finished as you move onto the next, Dontnod has to remember that they’re all interconnected in many invisible ways.

“What happens if someone deletes Episode 2 to make room for Episode 3?,” Baghadoust asks. “When playing Episode 3, will the art assets of Episode 2 that are supposed to appear in Sean’s journal, disappear? There are dozens of other technical difficulties, which forces our QA teams to think about all the possible user situations that could cause problems.”

When you think of Life is Strange, you might remember the big, branching choices in its story;’ the ones that can leave huge, visible craters in a scene, like whole missing characters. For Life is Strange 2, however, Dontnod was keen to fill the story with tiny, granular consequences too – especially when it came to your influence on your little brother, Daniel.

“Depending on your interactions, your choices in the game and how you interacted with him, he will behave differently and his relationship to you will change,” co-game director and art director Michel Koch says. “This is not limited to dialogue – his body language and the decisions he makes by himself will also change depending on you.” 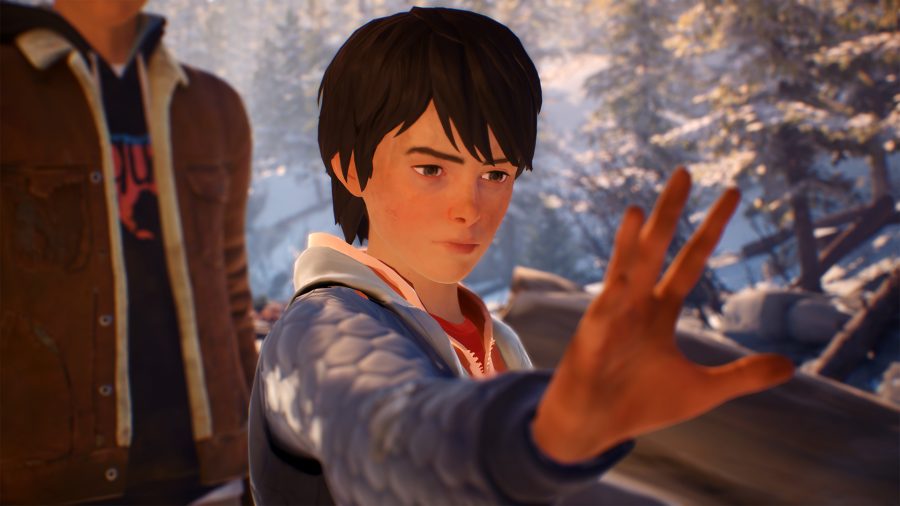 Although episodes of Life is Strange 1 and 2 are of similar length, far more dialogue was recorded for the sequel in order to reflect all the possible variations to Daniel’s behaviour. “We don’t mind that some players could not notice this or the work it represents,” Koch says, “as long as it makes them enjoy their experience.”

Despite the extra work, the new engine has been worth it. The upgrade in visuals and performance you might have noticed between Life is Strange and its sequel is down to the new bandwidth Unreal Engine 4 allows.

Dontnod has squeezed higher polygon counts into characters and the environments they wander, indulged in better lighting, and improved animation to “push its visual storytelling to the next level.” In fact, none of those upgrades appear to be for their own sake, but instead reinforce the dialogue and characterisation at the core of the series.

“We’ve been working on a new facial animation system,” Koch says. “New lip sync, that is really improved by listening to the sound of what the characters are saying, so the lips move realistically to the sounds. And a little bit of control rig to really have the possibility of real expression on the face of the characters.”

It was important to the team to retain the same distinctive art direction and stylised visuals associated with Life is Strange, even as they built new shaders for character hair, skin, and the world around them, which Koch suggests leans towards the impressionistic.

“We’ve really tried to upgrade parts of the game while still keeping the same theme and the same mood,” he says. “We’ve improved a lot of things technically but we really wanted for the players to feel at home, like a cocoon; for them to see a screenshot of Life is Strange 2 and immediately think, ‘That’s Life is Strange’.”

Life is Strange 2 is available now on PC, PS4, and Xbox One. Unreal Engine 4 development is now free.