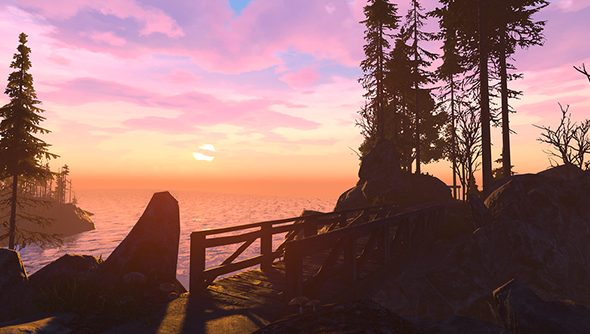 We’ve heard of wanting to stay ‘on message’, but we think the somewhat flat approach the narrator has taken to the latest Lifeless teaser trailer does the game a slight disservice – especially since it looks like its shaping up to be quite the adventure.

Like running away from hordes of infected humans? Take a look at the best zombie games on PC.

For those not on the know, Lifeless is a forthcoming massively multiplayer survival game that drops you into the town of Stillwater Bay, Maine, ten years after “patient zero”. I.e., half of humanity have been turned into brain-hungry zombies, and it’s your job to fight amongst the remaining two factions of normal, not-bleeding-from-the-eyes human beings for resources.

As you might expect, that means much of play revolves around scavenging for food and looting any other items of use you come across, all as you traverse through the dusty, barren streets of – as publisher Green Man Gaming puts it – “a collapsed world”.

In the game’s latest video, both the environments and the act of looting are put in sharp focus, stepping beyond the typical ‘mood board’ approach of most teaser trailers.

In truth, the scope of Lifeless looks fairly limitless, and with the game set to go into early access on June 1, we’re just a little bit excited. Certainly more excited that the voiceover artist drafted in to provide narration, who delivers his prose all the passion of someone detailing the delights of a canal boat holiday on a promotional VHS from 1987. You can take a look at the latest Lifeless teaser below.