It’s a classic set up: You’re trapped in some kind of experimental facility and need to follow the guidance of an all-seeing but very mad scientist in order to escape. The difference in Lightmatter, coming next month to Steam, is that the shadows will eat you.

As a side effect of a project meant to create the ultimate power source (which reminds me, pleasantly, of the underappreciated 1997 Phillip Noyce movie The Saint), shadows in the laboratory you’re stuck in consume organic matter. The important thing to remember here is that you’re made of organic matter, and so to find your way around you’ll need to manipulate light sources, mirrors, and machinery in order to create a clear path forward.

It’s all done in a high-contrast animation style that’s reminiscent of Frank Miller’s graphic novels and A Scanner Darkly, and through it all you’re guided by Virgil, the CEO responsible for the carnivorous shadows situation. Virgil is voiced by none other than David Bateson, who you may be more familiar with as the Hitman series’ Agent 47. 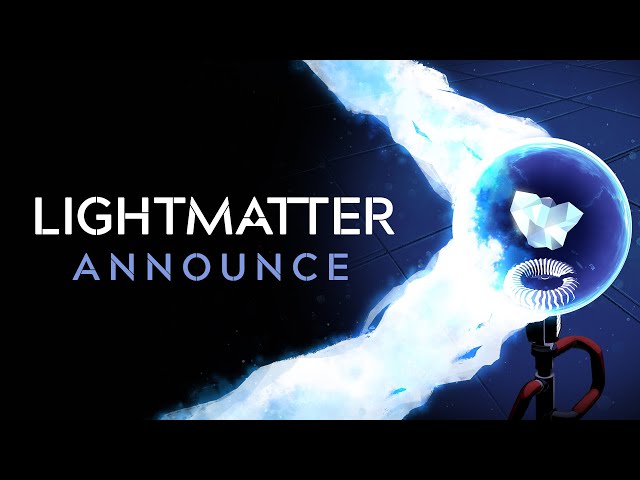 As inspiration, the developers say they’ve drawn from iconic first-person puzzle games that include The Turing Test, The Talos Principle, and – naturally – Portal.

Lightmatter itself has an interesting backstory: It was initially conceived as a university project meant to illustrate tutorialisation in games, but almost instantly saw massive interest in its free 15-minute prototype that was available for download via Reddit. The developers formed Tunnel Vision Games, and Lightmatter will be their first commercial release as a studio.

Lightmatter launches on Steam January 15, and you’ll be able to play a (new) free demo that lets you experience the first hour when it comes out.