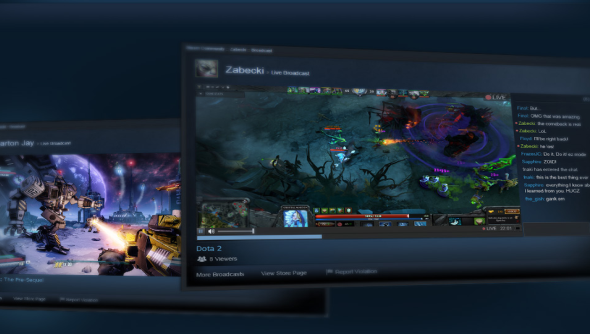 Valve’s newest endeavor into taking over the world, this time competing with the likes of Twitch to enable streaming of their games to the masses, has finally left beta. Steam Broadcasting allows players to stream any game they play to either their friends, or the public, and without a whole lot of effort either.

Also heading out of beta today is the long awaited, but much welcomed FPS counter in the Steam overlay.

Steam Broadcasting launched via the beta client two months ago, where it saw a rather smooth launch. Now, you can visit any game hub inside Steam, and find a number of popular streams for just about any game. They don’t even need to be Steam games either, as you can stream any game that’s manually added to Steam too.

A month after Steam launched broadcasting capabilities, Valve also added an FPS counter to the overlay screen. It may not seem like a huge addition, but it’s one that many of the community is rather happy about; Valve even listened to feedback, and put in the option to change the colour of the counter itself, as per request.

Here’s the patch notes from the update itself, that should be winging its way to your Steam clients today: