Little Nemo in Slumberland was a marvelously imaginative cartoon strip that ran more than 100 years ago. Created by Winsor McCay, the Little Nemo strips explored the boundaries of comics as visual medium, as well as the concepts of dream psychology. Now, that landmark cartoon strip is being revived in videogame form, in Little Nemo and the Nightmare Fiends.

Developer Chris Totten is running a Kickstarter campaign to fund the remaining production of Little Nemo and the Nightmare Fiends, and, true to the source material, it’s a 2D platform game full of “big worlds to explore,” as Totten explains in the campaign video. McCay’s colourful, surrealist artwork inspired Totten when he first encountered it, and he says Little Nemo and the Nightmare Fiends is a game he’s wanted to make for years.

The worlds McCay created in his Little Nemo strips lend themselves naturally to modern videogames – there are rows of houses perched on spindly legs, caverns of ice, and beautiful columned gardens, and Nemo travels between them in his dreams, sometimes riding his bed like a galloping horse.

“The comic goes beyond a simple fantasy, featuring an intricately drafted world that’s beautiful, evocative, weird, and at times hugely meta,” Totten says. “Our goal is to create a world that honours the original public domain vision using animation techniques that McCay himself laid the groundwork for.” 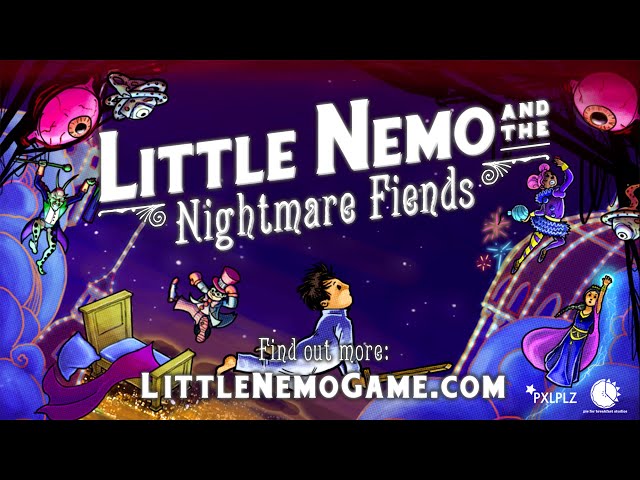 As the Kickstarter campaign page points out, McCay’s techniques and artwork were a source of inspiration for luminaries like Walt Disney and Maurice Sendak, and the gameplay footage you can see in the campaign video shows how carefully Totten and his team are being about bringing McCay’s style to life.

In the game, you’ll be able to switch between four characters who each have their own powers for combat and exploration. The levels are large and nonlinear, each with multiple goals and secrets to find. Between dreams, you’ll awake in Nemo’s bedroom and explore his house, where you can find power-ups and other items that will help Nemo and his friends in their quest.

The Little Nemo and The Nightmare Fiends Kickstarter campaign has six days left to hit its initial goal of $70,000 (about £51,000), and at the time of this writing the project had gathered just over $52,000. If you were a big fan of Cuphead’s revival of the Fleischer brothers’ animation style, this might be a good one to check out and support. Totten estimates the game will be done and ready for release in October 2022.

You also may want to check out our list of the best indie games to play in 2021.