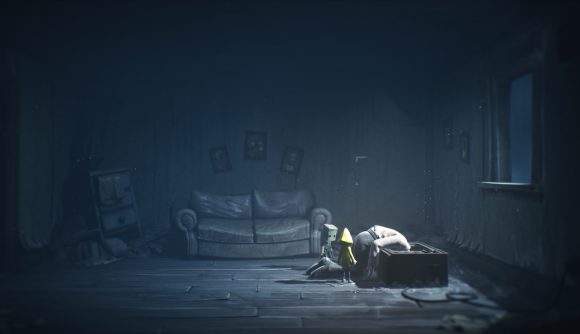 Fresh from the release of Little Nightmares 2, developer Tarsier Studios has decided to move onto other things. However, publisher Bandai Namco seems intent to continue with the horror games.

In an earnings report released Thursday, Tarsier’s parent company Embracer said the studio would “focus on creating new IPs” once Little Nightmares 2 had been shipped. Asked to clarify (cheers, IGN), Tarsier confirmed that its time on the series was done. “It is bitter sweet to announce that we are leaving the world of Little Nightmares behind us. Little Nightmares will always be dear to us at the studio,” the studio said in a statement. “Since being acquired by the Embracer Group in December 2019, it is now time for us to embark on a new chapter, create new IPs and explore new worlds.”

Bandai Namco commented that, although there’s nothing to announce right now, the positive reception has the publisher “energised to deliver more content in the future.” Little Nightmares, as a property, is owned by Bandai Namco, leaving the door open for any studio or team to make the prospective Little Nightmares 3, or DLC and spinoffs of the existing entries.

Little Nightmares 2 came out February 12 to a wave of positive reviews, and is currently rated “Very Positive” on Steam, where you can also find a free demo.

We have a list of the best indie games, if you want more strange, offbeat adventures.