Logitech are looking to add to their gaming headset stable by buying high-end headphone manufacturer Astro for $85 million in cash. They’re going to need a mighty big briefcase…

It looks like Logitech want to run the headset game, but the cans in our guide to the best gaming headsets won’t go down without a fight.

In a blog post, Logitech explain that Astro will be their window into the console market, freeing Logitech up to focus on us PC gamers. Great news for us, if Logitech’s recent headphones are anything to go by.

Of course, there’s nothing stopping you using Astro’s current line-up of headsets with your PC rig if they’re more your thing, although their new budget A10 headset – which Logitech describes as ‘awesome’ – is a big let down. The more likely reason for Logitech splashing the cash on Astro is to get a slice of their higher-end gaming cans, like their well-received industrial-looking A50s, without pulling focus from satisfying their PC fanbase. 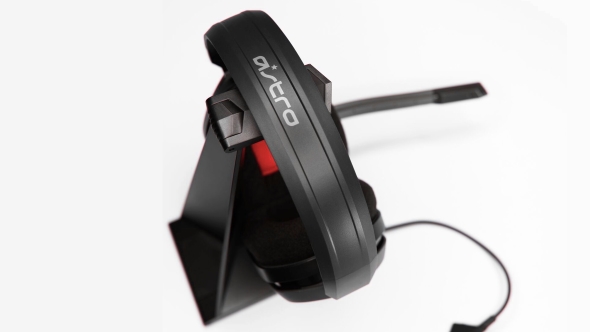 Ujesh Desai, Logitech G’s general manager, explains the decision: “ASTRO is the leading player for premium console headsets and is the preferred headset for console esports athletes,” he says. “It’s a perfect complement to Logitech G’s focus on PC gaming and we couldn’t be more excited; we love the team, the brand and the products. Together, we want to make game play even more fun for gamers everywhere.”

For those Astro fans out there, Logitech insist that the Astro brand and products aren’t about to disappear off the face of the earth, and for those of us who love Logitech’s gaming gear, we get the satisfaction of knowing they’ll be focused on bringing us shiny new toys to play with. A win-win, really.