Logitech’s G433 is a striking headset, sure, but it can’t rely solely on looks. Marketed toward gamers who actually go outside, will the latest of Logitech’s gaming headphones also manage to be a versatile and reliable performer at the $100 asking price?

Logitech are just one of the many players in the headset game. Find out which will suit you best with our guide to the best gaming headsets.

With a sporty aesthetic and promotional videos dubbing it “not just a brand new headset,” but “a brand new category of headset,” Logitech are making some bold claims about the functionality of the G433s. The sporty design, swappable cables for different uses, and removable microphone seem to support their aim to make a reasonably priced headset that does everything.

It’s an intriguing concept for sure, but that age-old question still remains: are they any good? Well, there’s only one way to find out… 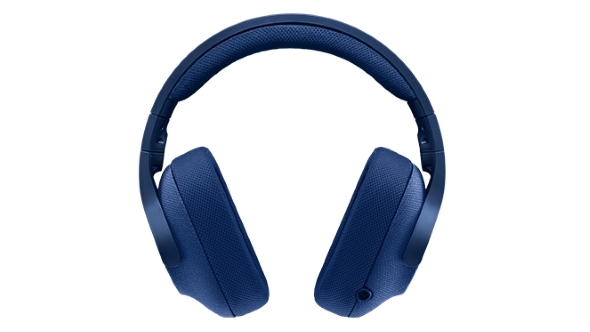 The G433’s design is unique. The single colour (red, blue, or black) and smooth, minimalistic curves make it look like the gaming world’s answer to Beats headphones, and the mesh covering the entirety of the earcups gives them that sporty appearance. The mesh is hydrophobic too, meaning they’re a good choice for those in rainy climates. What’s more, the steel and plastic body feels sturdily built, offering a good deal of flex without feeling flimsy.

It’s also comfortable – the headband feels secure without pressing too hard (even on my giant skull), and in hot weather the 259g weight of the cans, and softness of the earcups, means you won’t be constantly taking them off for a break. If the mesh earcups aren’t for you, an alternate microfibre set are included – both sets have plenty of space for large ears.

As for the all-important audio quality, they’re rocking 40mm Pro G speaker drivers and a 20Hz – 20KHz frequency range. It would easy enough to accept this as the norm and move on, but when you’re talking about a wired headset that costs three figures it should really have a broader frequency range than this. When you can buy a headset with a wider frequency response for half the price, there’s no excuse for manufacturers to not include a wider range on their wired headsets.

The cans themselves are devoid of buttons and dials, helping with the clean aesthetic, which means you’ll either be using the scroll wheel on the braided cable or adjusting the sound levels on your PC. The in-line controls also include a switch to mute the microphone when you have it attached. 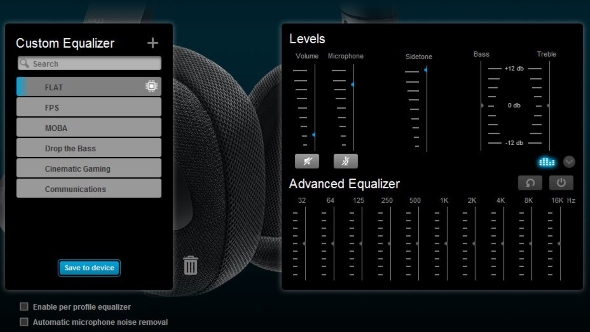 Logitech’s gaming software offers some basic EQ options that offer a speedy way to get the sound you want. There are five pre-existing EQ profiles such as ‘Drop the Bass’ and ‘FPS’ – with the default being a dead flat response – but if the audio isn’t sitting quite right you can create your own saveable profiles and tweak the frequency sliders to your heart’s content.

The microphone’s cardioid polar pattern (a heart-shaped area of sound sensitivity, essentially) means it should be picking up sound from the area around your mouth and – in theory – nowhere else, although you’re always going to get a small amount of bleed. The fact that it’s removable means you can venture out into the wide world without looking like a weirdo, too – a phone cable with a built-in microphone is included if you want to go hands-free with your mobile (that’s cell phone for our American friends). 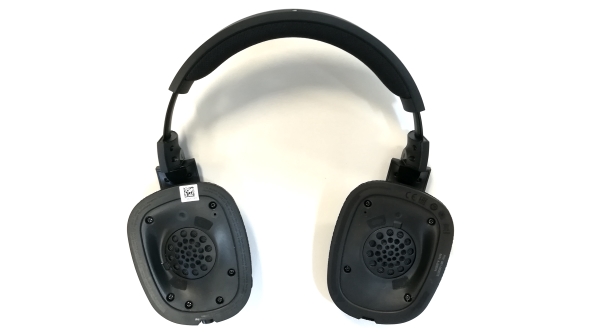 The G433s sit at the higher end of the 20Hz – 20KHz cans we’ve tested in terms of sound quality. Perhaps this is thanks to the ‘acoustic ports’ Logitech have tucked away behind the drivers and underneath the headband, which they claim resonate and amplify the sound. Whatever trickery they’ve performed seems to have worked, as the audio is clear and rich, even at ear-splitting volumes. Considering the G433’s earcups are made of a breathable material, the amount of bleed that passers-by will hear is also remarkably low.

The positional audio on offer here is solid, but the headphones don’t quite have you fully immersed as, despite their reliable audio performance, they’re lacking the extreme high-end clarity and low-end clout of headsets with wider frequency ranges. Having said that, the DTS Headphone X 7.1 surround sound on offer in Logitech’s gaming software is enough to help when you’re on the run in Mirror’s Edge Catalyst and need to know where not to turn, and definitely increases the vibrancy of in-game audio, particularly in shooters. The surround sound is only available when you’re using the included USB digital sound card, though, so don’t expect the same audio performance while watching films on your phone.

Thankfully, it seems Logitech haven’t made the mistake of messing about too much with the frequency response, giving the headphones a balanced sound that makes it easy to pick out individual instruments and enjoy the mix of the audio as the composers, producers, and developers intended.

As for the mic, the noise-cancelling means you’ll easily be heard above the clicks of your keyboard, although the pop shield still lets through a fair amount of plosives. The ability to adjust the mix of game and microphone audio in Logitech’s software is a welcome feature, but could’ve done with being included on the headset (or the cable, if they still wanted to retain the clean design). 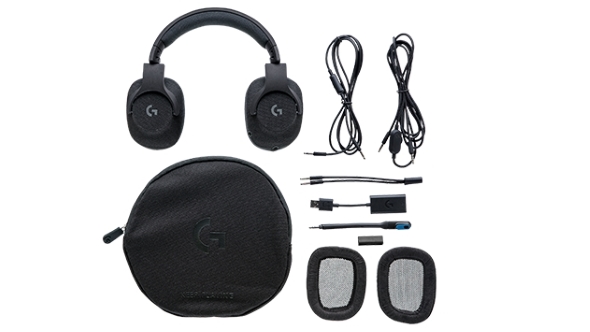 While these cans sound pleasant enough, their performance alone isn’t enough to justify you rushing to the shop and buying them. The headphones definitely hit the target Logitech were aiming for, though, and if style and adaptability are key features you’re looking for, you’ll find a lot to enjoy here.

Clearly a lot of thought and effort have gone into these headphones – the comfort, stylish design, and little additions, like the alternate ear pads and splitter/phone cables, mean you’re actually getting quite a lot for your money. My only wish is that they’d widen that all-important frequency range – if they do that on future versions, the G433s could well be a giant killer.