Loot boxes are this season’s hot trend in videogame monetisation models. Personally, I feel like Overwatch was the tipping point – a great many major games since have had loot box systems, with notable triple-A examples this year including Shadow of War, NBA 2K18, Destiny 2, and Star Wars: Battlefront II. Should games rating boards classify such systems as gambling? Whatever your view, it seems their power to do so is limited right now.

Which of these upcoming PC games will have a loot box system? Place your bets now. No, wait… don’t.

Here’s why that’s not about to happen. In an email to Kotaku, a spokesperson for the ESRB says:

“ESRB does not consider loot boxes to be gambling. While there’s an element of chance in these mechanics, the player is always guaranteed to receive in-game content (even if the player unfortunately receives something they don’t want). We think of it as a similar principle to collectible card games: sometimes you’ll open a pack and get a brand new holographic card you’ve had your eye on for a while. But other times you’ll end up with a pack of cards you already have.” 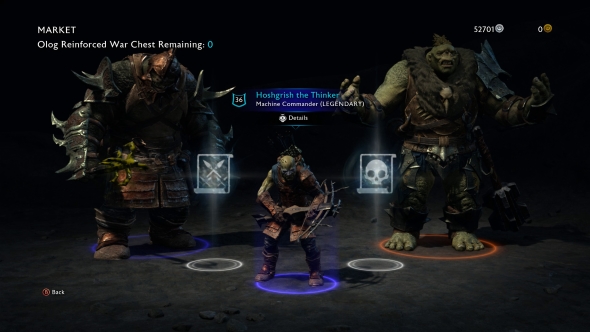 The fact that loot box systems guarantee a drop of some kind is the key point here, and it’s echoed by the ESRB’s equivalent on this side of the pond. Speaking to Eurogamer, PEGI’s Dirk Bosmans says “loot crates are currently not considered gambling: you always get something when you purchase them, even if it’s not what you hoped for.”

The legal definition of gambling isn’t decided by games ratings boards, but “by national gambling laws,” Bosmans says. “If something is considered gambling, it needs to follow a very specific set of legislation, which has all kinds of practical consequences for the company that runs it. Therefore, the games that get a PEGI gambling content descriptor either contain content that simulates what is considered gambling, or they contain actual gambling with cash payouts.”

The backlash against loot boxes is growing, thanks to their recent prevalence. Review aggregators OpenCritic recently announced they’re looking to capture monetisation information on games, calling it “a stand against loot boxes.” Many gamers reckon they should be defined as gambling (are you among them, or do you disagree? Let us know in the comments.) But unless legislators revise national laws to reflect this, there’s little the rating boards can do, even if they want to.