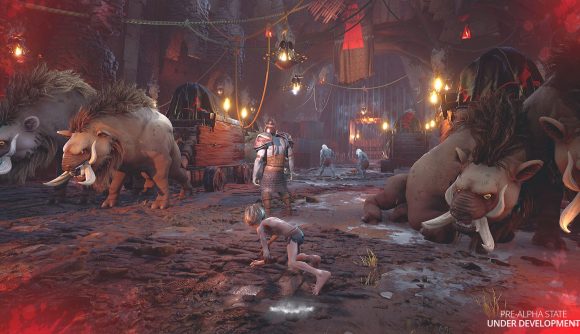 Back in March, we got our first peep at in-game gameplay footage of Daedalic Entertainment’s upcoming, stealth-based action-adventure game The Lord of the Rings: Gollum. Now, we’ve got yet another look at the upcoming PC game with a new dev interview revealed at today’s Nacon Connect live show, which gives us a flavour of the characters and environments we’ll see.

First up, those new characters. Everybody’s favourite wizard Gandalf has got a showing, and he looks every bit the majestic (if slightly scruffy) Maiar you’d hope for. Gandalf the Grey was revealed during the showcase, and he looks just as you’d imagine, though with a neat art style twist that makes his signature wizard hat just that bit pointier, and he’s bundled up with a shabby, fur-lined cape, and armed with what’s surely his sword, Glamdring – though this looks less like the white and gold weapon alluded to in the books and more of a jewel-encrusted, bronzy interpretation.

Elsewhere in the reveal, we get to see the Mouth of Sauron, who looks truly dastardly, with a neck cage or… something that looks to be ridged with a long row of pointed teeth. Gulp. Plus, we get to meet Thranduil, Elven King of the Woodland Realm, who conversely looks truly mystical, with horns and fronds of ivy adorning his head; long, luxurious green robes; and a sword decorated with feathers. You can check out these first-looks below.

We also got to see Gollum himself up to his tricks, sneaking his way into the fires of Mordor to snag his precious. There are shots of Mount Doom, furnaces and pits full of beasties, and hordes of orcs, of course. We also see some gorgeous snapshots of the idyllic Mirkwood and other environments, too. Here’s the new footage:

Here are some looks at those character models: 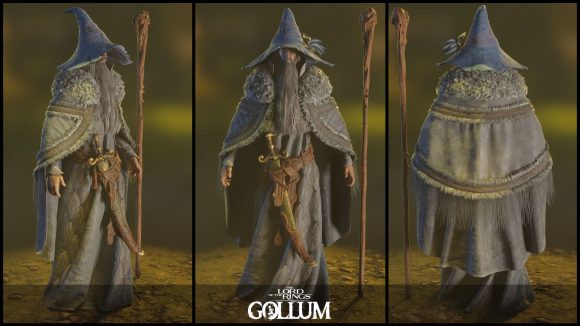 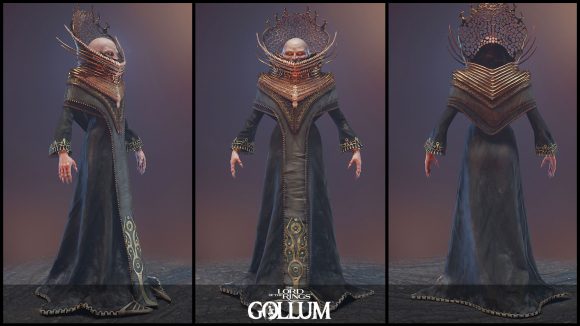 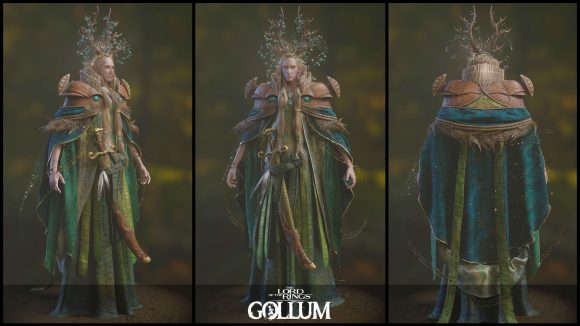 There’s no set Gollum release date to jot down just yet, but it’s due to launch at some point in the autumn of 2022.