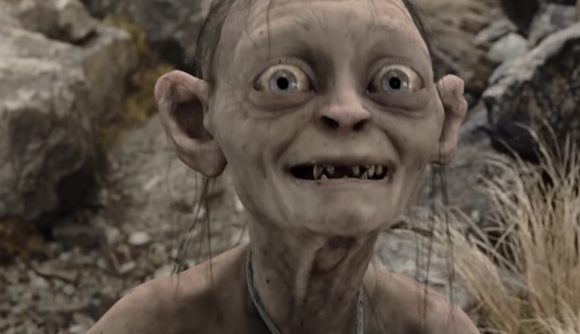 You’d be forgiven for forgetting that The Lord of the Rings: Gollum was announced last year, as we haven’t heard much about the stealth-action game since. In our interview on Gollum back in March, developer Daedalic Entertainment told us to expect a stealth-focused action-adventure which will diverge from the films to tell a prequel to the books – and now a host of new details on Gollum have emerged.

Gollum will make the most of its titular character’s split personality to guide you through the game. “In many games, it’s unintentionally funny when characters say, ‘Hmmm, I won’t be able to get through there, it’s full of guards,’” game designer Martin Wilkes says (in Edge #241, via Wccftech). “We’re able to give the player direct guidance about navigation because Gollum talks to himself all the time anyway.”

You’ll also get narrative choices through the clashing personalities of Gollum and Sméagol, as Wilkes explains. “You will have maybe two, three or four conflicts per chapter that lead to a final decision point. And at this final decision point, it will be harder to pick Sméagol, for example, if you’ve always fought for the Gollum side before.”

The Nazgûl will factor in somehow, though they won’t have the metal band Grim Reaper aesthetic of the film’s Ringwraiths – art director Mathias Fischer says these “are the less cool ones.”

The Lord of the Rings: Gollum is still set to launch in 2021 for PC and next-gen consoles. Large-scale stealth games mark a big step for Daedalic, which to this point has primarily developed smaller-scale point-and-click adventure titles like the Deponia series.