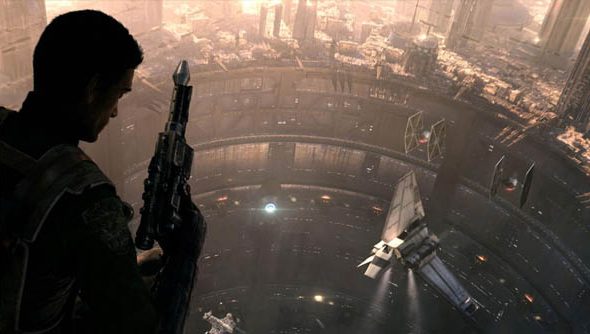 LucasArts, maker of classics like the Monkey Island games, Grim Fandango, X-Wing, Dark Forces, Star Wars: Jedi Knight, among many others, has been closed by new owner Disney.

With the studio’s closure the future of Star Wars: 1313 is now unknown.

Disney Acquired LucasArts last year when they bought out all the Lucas-branded companies (mainly so they could get hold of the Star Wars film license and begin working on another trilogy) and since then there’s been little said publicly to suggest Disney had plans for the game studio. Today they released a statement which made their position clear:

“After evaluating our position in the games market, we’ve decided to shift LucasArts from an internal development to a licensing model, minimizing the company’s risk while achieving a broader portfolio of quality Star Wars games. As a result of this change, we’ve had layoffs across the organization. We are incredibly appreciative and proud of the talented teams who have been developing our new titles.”

What this means is that Disney are closing the studio and will contract out work on future Star Wars games to external developers. This is something they’ve been doing a fair bit in recent years with Traveller’s Tales developing the Star Wars Lego games and Bioware working on Star Wars: The Old Republic.

It may be that Disney plan on contracting another studio to finish work on Star Wars: 1313, the third-person Uncharted-a-like that we first saw in action at last year’s E3 but it is more likely that the project has simply been scrapped.