Hold My Hand Very Tightly (Very Tightly) is a song that not many of Lumo’s potential players are intended to have ever heard. It’s a throwback to a popular running joke from the Your Sinclair magazines, about one of their writers who recorded a quickly forgotten pop song under the pseudonym Whistling Rick Wilson. It’s the type of niche humour that’s threaded throughout Lumo, humour that’s intended to tickle gamers of the ZX Spectrum era – along with the isometric style of the game itself.

After more low-key releases and alternative titles? Check out the best indie games on PC.

“I used to have it as my ringtone for ages, it’s like a joke only four people will get,” says Gareth Noyce, industry veteran and Lumo’s game director. “It’s not central to the game. It’s really stuff I’ve put in as a personal salute to those guys – it’s there to surprise and delight. If you get it, it’s a nice little nod and a wink. If you don’t: concentrate on the game.” 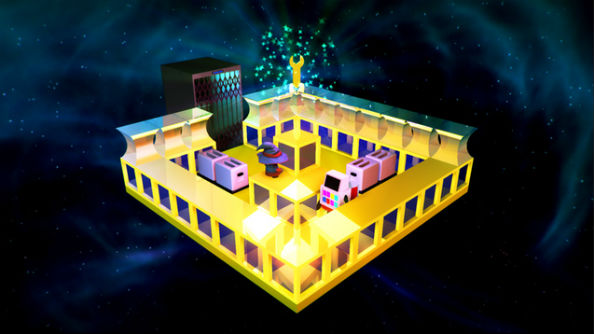 Part love letter to the isometric classics of the 1980s, part platformer in the vein of Nintendo’s Super Mario Galaxy series, Lumo melds the simple challenges and gameplay of those old games with the polish and charm of modern platformers. Taking control of a rotund child wizard, players must navigate through a world of over 400 rooms, conquering traps, solving puzzles, and trying to find their way out of the castle they’ve become lost in.

A line in the game’s Greenlight trailer reads: ‘Being lost isn’t scary… it’s an adventure’, and this provides all the context players need. Noyce wants the game’s mechanics to speak for themselves. “I wanted movement forward through the game to surprise, [and players to ask]: ‘What’s next?’ If there’s no drive to explore then the game’s probably broken in some way.”

That stripped back approach to design has resulted in Lumo having no text or dialogue. Unlike the vast majority of games, Lumo dumps players in a world without explanation and leaves the simple yet compelling mechanics to drive exploration. “I didn’t want to put a narrative over the top of what should really be a good fun experience for the player,” Noyce explains. “I didn’t want them to just get what I imagined was happening out of it.” 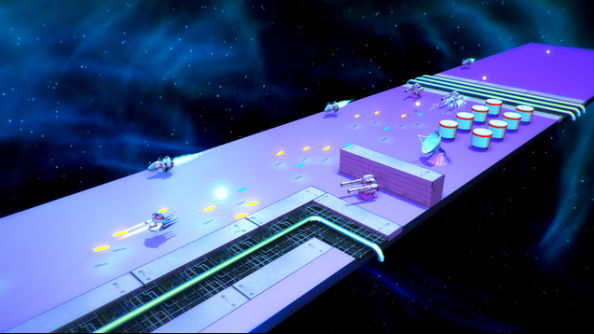 Lumo’s charmingly stocky aesthetic calls to mind Jon Ritman creations from the golden age of British game development like Head Over Heels, Batman and Match Day – that Noyce grew up during this period and was inspired to join the industry off the back of it is clear from even a fleeting glimpse.

That first wave of British games were made by bedroom coders playing about with rudimentary software, inventing and revolutionising with each new creation and reaching breakthroughs by the light of their desk lamps. Since parting ways with Ruffian Games – the studio behind Crackdown 2 that he co-founded – and going solo, Noyce is finally in the position of the industry icons he grew up wanting to be like.

“The game industry is cyclical; it always has been. It’ll go through a phase of consolidation, then it will expand as studios let people go and new studios arise,” explains Noyce. The environment of a triple-A studio seems a world away from the situation he is in now. “It’s probably the type of game that could only be made by an independent team. That wasn’t a conscious decision – that wasn’t something that informed or gave me a reason – it’s just the reality of where I am in my career right now.” 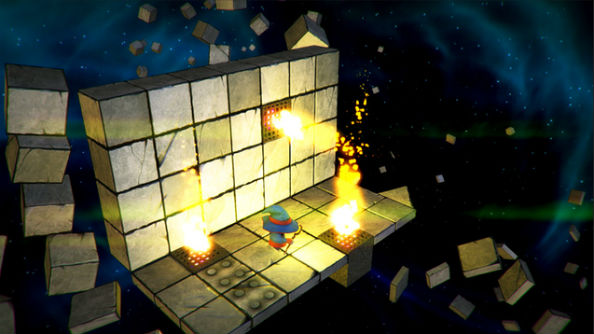 Noyce’s ambitions for Lumo are startlingly humble considering the scope and polish of the game. “It’d be nice if there was some 11-year-old getting massively into Lumo [who] starts scribbling down rooms for a DLC pack and gets into the industry, because then it’d feel like a full circle,” says Noyce, referencing his own start in the industry, scrawling plans for game rooms on the floor of his bedroom as a kid.

Originally conceiving the game as a small indie title for PC, Lumo is now destined for release on PS4, Xbox One and PlayStation Vita as well. “I didn’t think the game would be as big, I didn’t think I’d be able to make it look as good, and originally I had no conception of it being able to go on consoles,” he remarks, thankful of the support he’s received along the way.

There’s no shying away from the games that have influenced Lumo, either. With retro platforming meeting joyous cartoon visuals, and a seamless interplay between mechanics and aesthetics, Nintendo’s modern roster – and particularly Mario’s 3D iterations – immediately springs to mind. 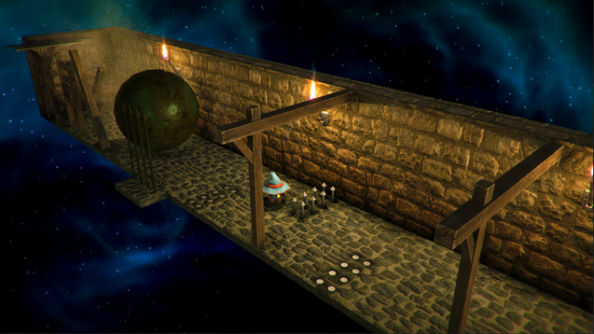 “Nintendo are the best in the business. I’m not on the same level as Nintendo, but it’s hard not to be inspired by something like Mario Galaxy, probably the greatest game in the world – probably the greatest franchise in the world,” argues Noyce. “They’re modern things in a kind of old-school game and it works … for any developer you speak to, if they say they’re not influenced by Nintendo, they’re probably lying.”

With Lumo slated for release in early 2016, Noyce is very much in the finishing stages of the project. “It’d be nice to have made Head Over Heels, but I can’t make Head Over Heels. What I can do is give a skin to those classics, salute them, and try and take it in my own direction,” reflects Noyce. “Which, I guess, is basically what I’ve done.”