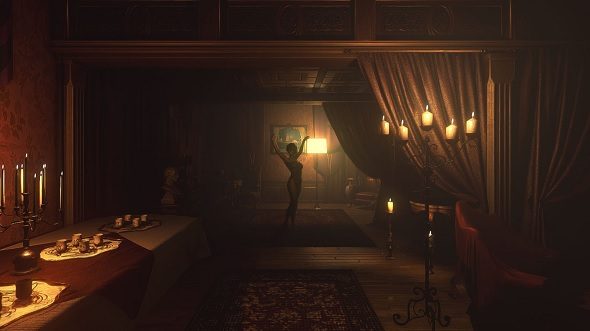 If the dead could blush – or play games, for that matter – famed horror writer HP Lovecraft would certainly do so after learning of the latest creation inspired by his works.

Need a proper scare? Check out the best horror games on PC. 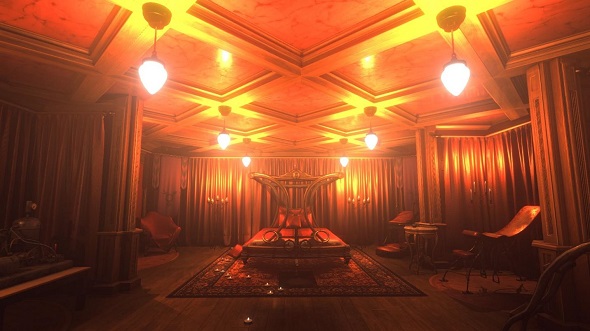 While you are still trying to figure out how on earth some of these contraptions are supposed to work, you are overwhelmed by a masked assailant, who appears out of nowhere. Fade to black. It is hard to tell whether this opening is supposed to be creepy, arousing, or both, but whatever the intention, its casual treatment of a situation in which consent is, at best, ill-defined, makes it deeply uncomfortable in all the wrong ways. On the plus side, the awkward writing and next-level ineptitude of the voice acting do make it very difficult to take seriously. 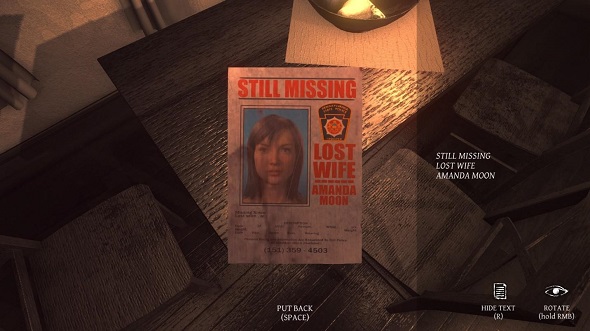 It is not something we are made to wrestle with for long. Because inhabiting a female protagonist in a videogame is, of course, an absolutely outrageous idea, after that first scene you experience the sizeable remainder of the demo from the point of view of Amanda’s distraught husband, Jonathan. There are stacks of missing-person flyers lying around his house which, amazingly, proclaim “STILL MISSING, LOST WIFE,” as if Amanda is a pet that got spooked by fireworks and ran away, rather than a grown woman who has been abducted by a sex cult. Of course, Amanda doesn’t stay missing for long, as Jonathan receives the classic Mysterious Letter From Someone Thought To Be Dead, telling him to go looking for her at the Yelverton mansion.

Before you leave the house, you struggle with a set of disappearing car keys – if you happen to pick them up before the game explicitly tells you to, they mysteriously vanish from your pockets and reappear on the counter. To be fair, they are perhaps the prettiest car keys that have ever graced a computer screen, and you get to inspect them up close like an object in Gone Home, spinning them around in magnificent detail to get a view from all angles. Sensual, sexy car keys. Later in the demo, there are items like puzzle boxes that must be probed up close to open them, and the visual detail as well as the tactility involved make this one of the game’s more pleasing aspects. 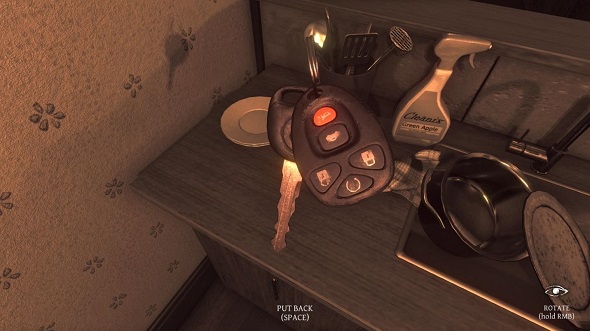 Once those pesky keys have been located, the game begins proper, as Jonathan infiltrates the mansion. There, he struggles through a blessedly short forced stealth sequence with an instant fail state, which is then further hampered by dreadful frame rates. Beyond that, you help him solve simple puzzles, most of them of the ‘find the key’ variety (not the aforementioned disappearing ones, no – Jonathan manages to make those stay in his pocket), and run away from the occasional enemy. 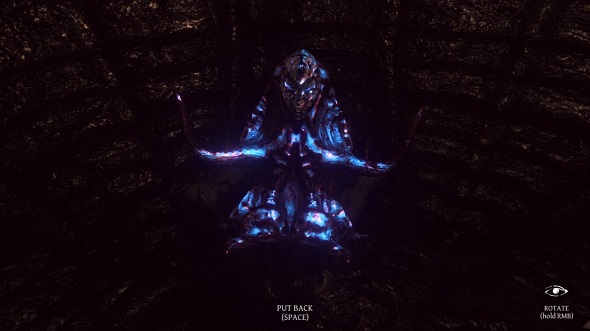 Still, the design of these objects is, at times, quite imaginative and sufficiently disturbing for a horror game. The same can be said about the alternative dimension that fuses the aesthetics of painters like H.R. Giger and Zdzisław Beksiński in a trite, but appealing, nightmare vision that presents a sharp contrast to the bland visuals of the mansion. Less pleasing are the orgies our hapless hero stumbles into (another opportunity to deploy those car keys, perhaps?). Jonathan seems to be as much of a prude as Lovecraft, as his vision blurs and his breathing becomes strained every time he witnesses any such indecent act. To be fair, they are quite horrifying, resembling fornicating animatronics from some twisted second-rate amusement park ride.

In the end, Lust for Darkness fails to scare or disturb, and tends to trigger bemused eyebrow raises rather than arouse your imagination. The mingling of sex and horror has a long and often fruitful tradition in all other forms of media, from Bram Stoker’s Dracula to David Cronenberg’s Videodrome or Giger’s pornographic, alien landscapes. It would be great to see more examples of the subgenre in videogames, but alas, Lust for Darkness’s demo suggests that it can’t match the vision of its disturbing forebears.