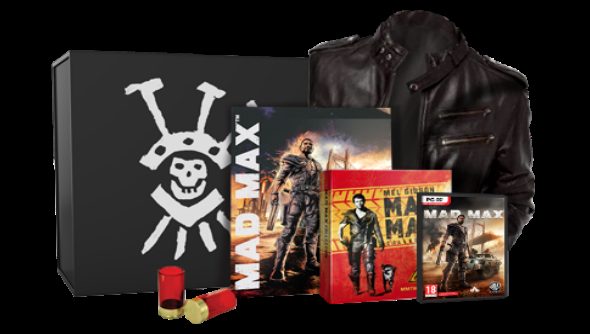 Claimony is a gaming community that turns Steam Achievements into credits; credits which you can turn into cold, hard cash… Well, prizes, which are like cash, but cash that someone else spends on something you didn’t know you wanted.

Warner Bros. has teamed up with Claimony to find out who the baddest, maddest Max is when Mad Max launches on September 1st.

The winner will be decided based on who earns the most credits – which are earned from unlocking in-game achievements – between September 1 and September 7 at 23:59 CET. If it is a draw, the competition will be decided by who earned the credits in the least time, which makes the competition a little more interesting – not only do you have to earn the credits, but you have to be efficient.

The winner will get the following: a leather jacket, the Mad Max trilogy blu-ray, some cartridge shot glasses, limited edition artwork and a boxed copy of the Mad Max game for PC. There are also a couple of prizes for runner up. You can check out all the details HERE.