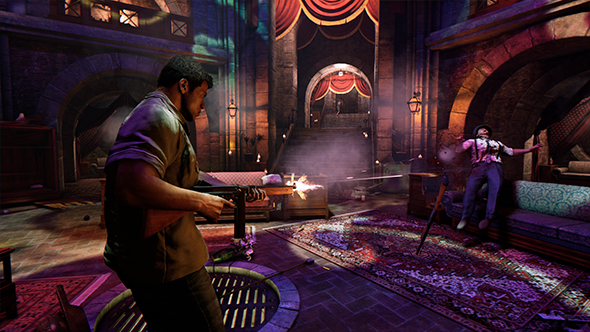 While the biggest headline out of Kotaku’s feature on the state of Mafia III developers Hangar 13 was news that a new BioShock is in development, but there’s plenty more of interest in the full report. Among other things, the planned setting for Mafia IV.

In 2017, development at Hangar 13 reportedly split into two groups, one focused on DLC for the previous game, and one building the concepts for the studio’s next project. The first idea was naturally Mafia IV, and early ideas set the game in 1970s Las Vegas, with the “glitz and glamor of mob-controlled Sin City.”

But that project didn’t last long, as studio head Haden Blackman got the option for the team to work on an entirely new game after meeting with 2K and Take-Two executives. “The way it was pitched in the big all-hands meeting was: Mafia IV was a great thing, it’s exciting,” one anonymous source tells Kotaku. “But we’ve always wanted to do our own IP.”

The original game was to cast you as Russian Jew in the ’80s, rescued from a Soviet labor camp by Americans and recruited for a spy group called Rhapsody – the same name as the game itself. While many of the ideas in Rhapsody never took concrete form, the Hangar 13 team were reportedly “ecstatic” about it. But things changed.

A minor mechanic from the early ideas included music, and studio management wanted to extrapolate that into a full game – an action game set in San Francisco, where you’d be playing a music-powered superhero instead of a spy. One idea had you summoning tigers by responding to cues from “Eye of the Tiger.” But the cost of licensing music and a lack of a clear vision for the game means its future is unclear, with more recent talk painting the new title as a more straightforward superhero game.

Things have clearly been difficult at Hangar 13 in recent months, with significant layoffs reported earlier this month. If you’re interested in the state of the developers, the entire feature is well worth your time.