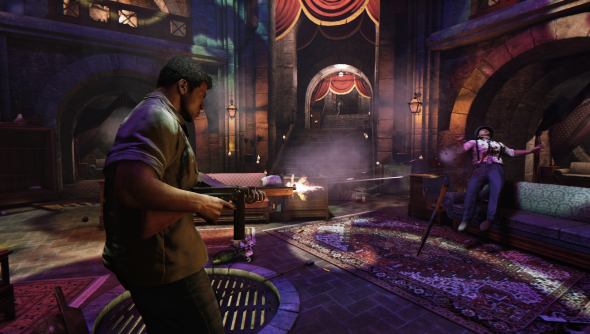 Mafia III was revealed last week, in case you missed it. Our Joel got to look at it very closely and passed judgement this very morning. Now I’m bringing you the latest that the dev’s have to say about the game in the form of three mini-diaries. They cover main character Lincoln Clay, the location of 1960s New Orleans and one of the game’s core themes – family.

Here’s the first, on yer man Lincoln, from last week:

This was actually my first exposure to the character, having skipped the reveal trailer until it came to write this. The description of anti-hero is certainly interesting, but I suppose it would be difficult to remove that first word from the protagonist in any GTA-style (or not?) game. He’s certainly different from your average video game main character, not least in skin colour, which is never a bad thing.

Here’s where he’ll be spending the game hanging out (and killing people):

They seem to be trying really hard not to say “tonnes of racism” in this video, which is a bit odd given that seems to be the basis for much of the narrative of the game. For the unaware (I had to look it up), 1968 is the year Martin Luther King was assassinated and the Civil Rights Act, which legally prevents discrimination based on race, was signed. Serious stuff not to be taken lightly, especially in current political climates, which hopefully Mafia III manages to handle with the respect it deserves.

Finally, a discussion about the focus on family: