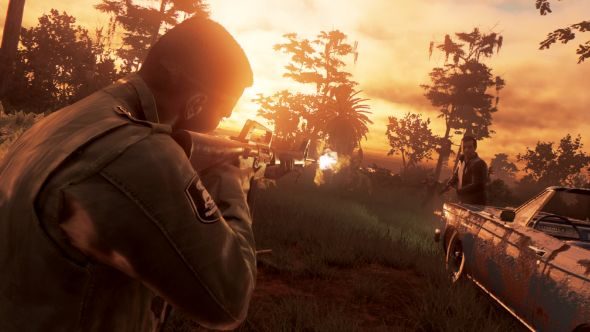 Mafia III is all about revenge. What you might be wondering is against what, and that question is succinctly answered in the new trailer which breaks down the introduction to the game into digestible chunks. It’s the best the game has looked since its reveal too.

For more of the latest PC games trailers, check out our home page.

Titled The Heist, these are the events that lead up to the betrayal of Lincoln Clay and the black mob by the Italians. Presumably you get to play some amount of it as part of a prologue/tutorial, before being set out into the wide open world.

Clay survives the betrayal, being the main character, but he’s none too pleased. That’s where the game starts, Clay having been saved by a priest and gathering a group of disreputable followers to start his own criminal org and take revenge.

There’ll be more from Mafia III this week in – you guessed it – our Gamescom coverage, so keep your eyes peeled.