We’ve got another good peek at the upcoming Mafia remake, Mafia: Definitive Edition, with a brand-new narrative trailer having just been unveiled at tonight’s Gamescom 2020 Opening Night Live showcase. The brand-new clip, titled ‘A life of reward too big to ignore’, gives us our second glimpse into the world of taxi-driver-turned-gangster Tommy Angelo, and the dynamics of the Salieri faction. It hinges on one key thing, which the family’s head honcho drums into the aspiring baddie: loyalty.

As you can see below, the new trailer opens with a rainy night in the crime game‘s fictional city, Lost Heaven, and a meeting over coffee between Salieri faction members. “All these guys, in this room – they’re here because they have the only thing that matters to me. The only thing that should matter to any of us,” Don Salieri, its head, states ominously. “You know what that is, Tommy?”

“They’re loyal,” the up-and-coming gangster responds. Shudder. We then get a good eyeball of the upcoming PC game‘s “built-from-the-ground-up” aspects – busy city streets, with old yellow cabs, Tommy’s encounters with many of Lost Heaven’s tricky customers, and some tommy gun-filled gunfights – all with those shiny all-new visuals.

Take a look at the new Mafia: Definitive Edition trailer below: 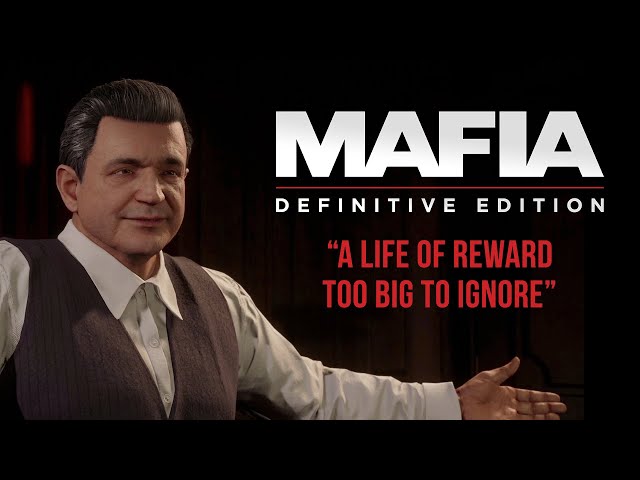 The clip closes with Don Salieri throwing his arms open to the family’s newest recruit. “Welcome to the family,” he says. Gulp.