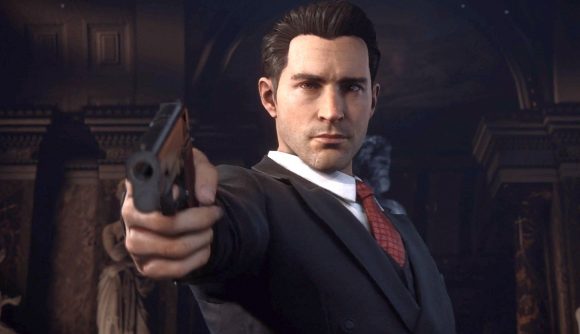 Last month, 2K and Hangar 13 announced Mafia: Trilogy – a series of Definitive Editions of the crime games series’ three titles so far, including a “built-from-the-ground-up” remake of the very first Mafia. Now, at tonight’s PC Gaming Show, the studios have given us a first proper peek at the Mafia: Definitive Edition remake, with a brand-new story trailer – and, as you can imagine, it’s a whole world away from the 2002 original.

The Mafia: Definitive Edition story trailer, included below, is titled New Beginnings and (re)introduces the game’s protagonist Tommy Angelo, a taxi driver trying to make a living in the fictional, prohibition-era city Lost Heaven, who gets swept into working for the Salieri family – but this time with shiny all-new visuals.

In a recent earnings call, 2K’s parent company Take-Two revealed the totally rebuilt game has been “fully remade”, with “new tech, new voice acting, new game mechanics, and more” – and that’s pretty evident in the clip below. Though there’s no gameplay to get a look at just yet, it’s pretty clear the Mafia remake’s going to be a whole new experience for both nostalgic fans of the original and newcomers.