There is a laundry list of reasons why Hearthstone became as successful as it did. Timing, platforms, the marketing and community juggernaut that made it – but snappiness, the pure tactile feel of dragging cards around the screen and making things happen at pace, is chief among them. In fact, it is what most distinguishes it from Magic: The Gathering, the all-father of card games and still the best one out there. In trying to make their own digital version of MTG for the mass market with Magic: The Gathering Arena, Wizards of the Coast have to lean into that snappiness while maintaining what they call “authentic Magic.”

The problem is ‘authentic’ Magic was never designed to work like that. It is a game of responses and counter-responses, attack phases and rigidly defined times during which you can and cannot commit actions. It is an analogue game that, when pushed into the digital world, has either turned out like the massively awkward Magic Online or the dumbed down Duels of the Planeswalkers, missing important subtleties that take the paper game from good to masterpiece.

“It’s probably one of the hardest challenges of my career to help guide that experience,” Arena’s principal game designer Chris Clay tells us. “Getting Magic to play snappy, getting Magic to flow quickly with all of those complex rules is a really difficult UI problem, and through some absolutely amazing work on the team we’ve cracked large portions of it.” 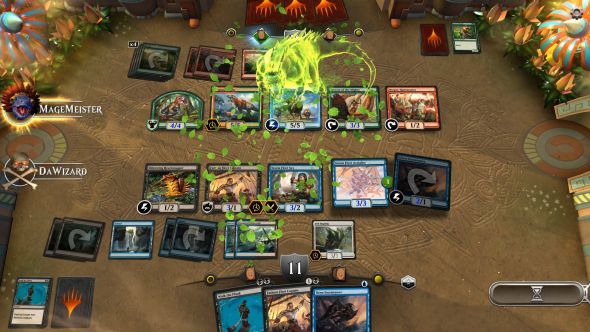 This comes as a two-fold issue: first, Duels of the Planeswalkers showcases a prettier version of Magic, but it never flowed as well as Hearthstone. “My background before coming here was in MMOs and then in MOBAs and I’m really big on snappiness. In a MOBA, sometimes you’re resolving a skill in 300 milliseconds so, with all of the animation and the effects, my primary focus there is for them to do their job and then get out of the way.” Simply put, in Duels, animations take too long.

Second, Wizards want every current card, and every future one while the game exists, to work within the system – no cutting mechanics that do not play nice, no fudging interactions. To do so, they have built a game rules engine [GRE], the “perfect Magic judge” as Clay calls it, which they are teaching Magic so it can teach you.

“The hardest thing about working with the GRE is it’s very exacting. A card I like to point out is the Scrounging Bandar. In digital play, every [turn] you have to pick a creature to target, you have to choose whether you’re going to transfer counters. Part of the whole concept of authentic Magic is looking to the tabletop experience and seeing just how people play cards like that. 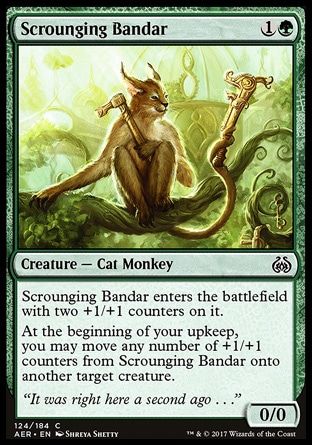 “[We] make sure the rules are true on the backend but in the client look for ways to ease the play. So a simple example is if there’s no reason you have to target something with Scrounging Bandar, you can just dismiss it without targeting – which isn’t technically rules accurate but it is how people play Magic.”

The complexities of Magic mean there are always side cases where you might want to do something in an odd way. For Scrounging Bandar, that would be targeting something, but then deciding to not actually use the ability – for example if the act of targeting would cause a trigger in itself. The GRE needs to recognise those, as Clay explains: “Then in the cases where the rules engine knows that you targeting something could be really important – so if Jace has one of his illusions out, [which die when they’re targeted] – then we’re gonna make that happen.”

Making that change for one card would not be too challenging. But when you consider a full set of 250+ cards, with four new ones each year, and that Magic looks set to exist for another quarter of a century without breaking a sweat – you cannot simply code it once and forget about it. “Taking the time to address individual cards like that and building systems so we can do it quickly is a large part of the focus of what we’re trying to do,” Clay says. 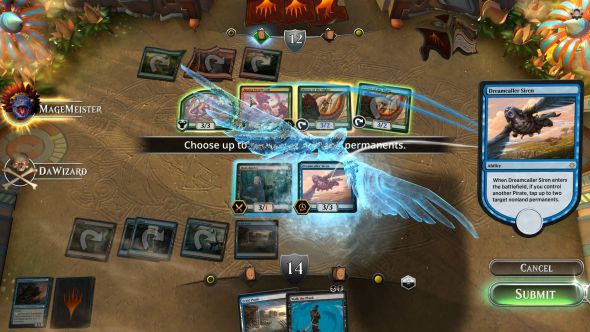 Equally, the team are perfectly happy to have individual cards that create complex game states and reduce snappiness due to the number of options available to a Magic player. “We’ve got individual cards and individual mechanics that will slow down the pace of play, but with each passing week we’re getting more of those out of the way,” Clay continues “There are gonna be some cases where certain cards will just slow things down and part of our focus is not throwing away the speed and ease of play for 90% of the game just because one card is gonna slow it down. We’re trying to get as much as we can going fast and snappy and in those few cases, y’know, that’s part of the reality.”

On a wider scale, development of the GRE that runs all of this is not just an MTG Arena problem. Clay calls it an “anchor project” with his team’s game being “one of the uses for the project.” They are laying groundwork for Magic digital products for the foreseeable future, which means always thinking ahead to the next card set.

“It’s part of the challenge of what we’re doing and it’s part of the reason I love working on this project. I’m not working on the card file largely, it’s something that comes over [from the paper Magic development team] so each set is new and exciting for us too,” Clay tells us.

“From where we were when I started to today, the thing that is really exciting for me is how much just works with a new card file as it comes down, because so many of the systems we try to produce, we try to look at them very systemically, trying not to one-off if we can. Trying to solve the problem for the future as well. More and more often we’re testing cards for the first time and it just works and it’s fun to play around with right off the bat – which is good for our sustainability. 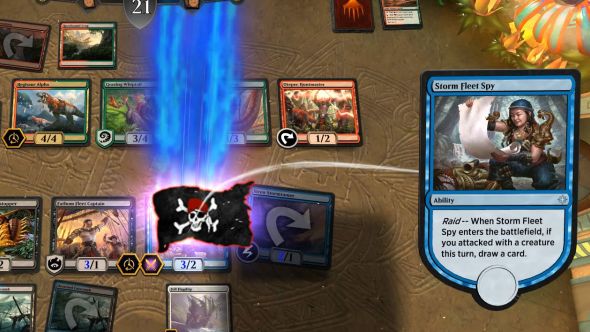 “Many, many moons ago, early in my career, I was a technical artist and the goal of a technical artist is to get things into a process and have it flowing smoothly. With Ixalan it was our first card set where the development of it started to really flow smoothly. We still had a couple of hiccups but we’re really set up for everything down the line to just go.”

As gaming communities are wont to do, one of the immediate questions hanging over MTG Arena is if it can expand on its own as well as go backwards. With 25 years of history and a dozen popular formats, Magic has a lot of available depth to explore – an advantage the one-to-one nature of Magic Online has over any other implementation. So, just how much of that history can the GRE handle?

“The thing we’re really concentrating on is Standard, [the format that only uses cards from the last couple of years]. I will say that we do run full parses on everything that has ever been produced and – you’d be surprised how much works. That being said, there’s a big gap between a card working in the GRE and then working in the Unity client. That’s why we are focused on Standard.”

MTG Arena is due to enter beta soon. After a number of misfires over the years, and the lingering knowledge that they could have made the equivalent of Hearthstone if they had acted quicker, Wizards are looking to get it right. If they do, the digital version is just as likely to take over the world as the original.