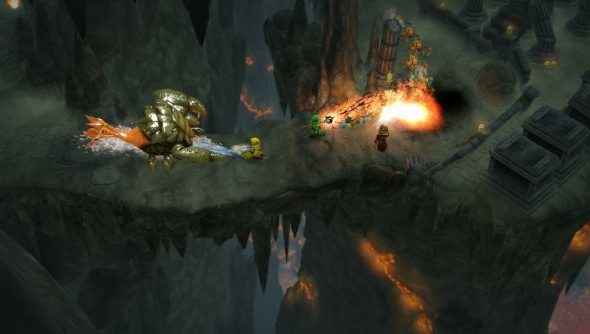 Wizard RNG-machine/bug-filled monster/battler/RPG Magicka 2 will be getting some new content tomorrow according to a tweet from the official account. A short gif accompanied the announcement showing some of what’s going to be on offer.

Our picks for the best RPGs available, random or no.

What exactly the split between paid DLC and free new stuff hasn’t been revealed. It will feature this exploding rock nova, however:

Sweet. Presumably this means suites of new spells, interactions and probably a few bugs along the way. Would it be Magicka otherwise?