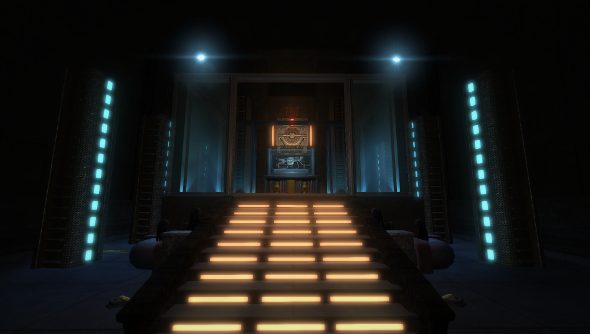 Guns are great: fascinating pieces of machinery that are only let down because they spew out bullets that often end up killing people. Sci-fi is where we find the best guns – portal guns, gravity guns, firearms that are more novel than deadly.

Magnetic, unsurprisingly, gives players their very own magnetic gun. It’s not a gun that you can stick onto your fridge door, but rather one that manipulates magnetic forces. And you’re going to need to use it to escape from prison.

The prison in question is an ever-changing maze, where prisoners are made to scurry around like gun-wielding rats for the amusement of a rather nasty sounding warden.

In each room, fleeing prisoners will be faced with not only puzzles, but moral conundrums, where developer Guru Games promises consequences that lead to branching paths. No playthrough is ever the same, they say.

Magnetic is due out in March.