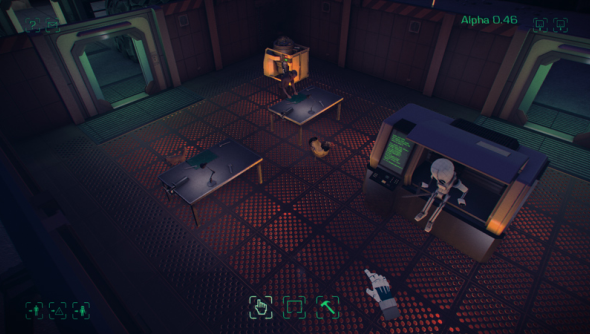 Don’t you just hate it when you’re going about your work at the office and you stumble across a mouldering corpse? It’s so distracting, drives my productivity way down. Maia, the space colony management game, had a similar issue but the latest update adds bodybags, letting you cover up those smelly, festering corpses and get on with your day.

There’s a lot more in the 0.46 update besides. You can now 3D print robots, for instance.

0.46 adds a suite of items and research tech to support botany. You can now send your colonists and IMP droids out into the world to collect samples of local plants. These can then be tested in the lab. Future updates will see this developed so you can extract drugs from the plants which can be given to your colonists.

The 3D printer is another big addition in 0.46. The printer lets you create new IMP droids to support your colony. The process is resource intensive but well worth it as for every colonist in your camp you’re allowed one IMP, doubling your workforce.

The past month has seen more than 50 bugs identified by the community and squashed by the team, leading to a much more stable game. Unfortunately, one of those bugs was the one “ where half full barrels in the solar still drove the colonists insane.” which sounds brilliant.

Project lead Simon Roth has released a video that demonstrates the changes and improvements: