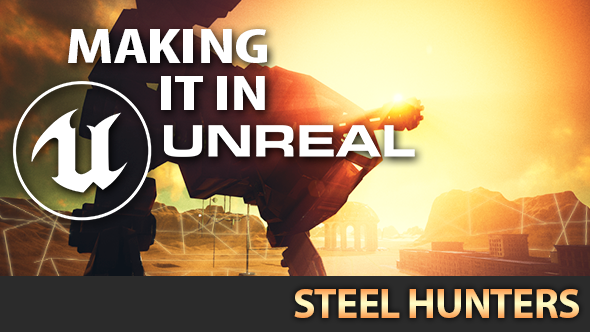 There was a time when robots hunting other robots in the wild seemed an odd concept, but post-Horizon Zero Dawn, Steel Hunters’ pitch is immediately comprehensible: four co-op players enter a huge outdoor environment in their shiny mechs to hunt down a behemoth.

Related: fancy making stuff explode, do you? Check out the best first-person shooters on PC.

Each level is designed to take around ten to 20 minutes, and developers Joy Machine aim to have just five or six for launch – but that’s where their ethos of replayability comes in.

“Our ultimate goal is to force players into a situation where regardless of how well they plan everything out, they are still in situations where something unexpected happens,” says CEO Trent Polack. “We’re taking a lot of principles from immersive sims and applying it to a very different type of game.”

It’s an approach that’s paid dividends before in immersive sims like Dishonored – but how do you bake replayability into a mech game? How do you make the unexpected reliable? 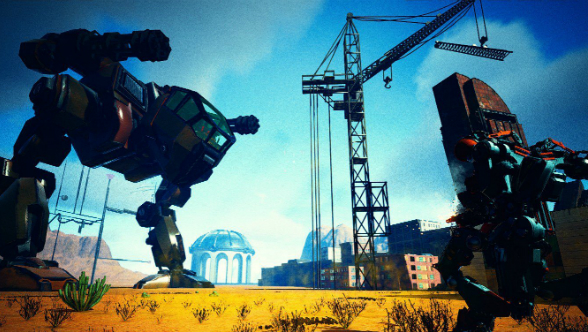 Steel Hunter’s emergence is achieved through a combination of “a lot of simple things”, but the first that Polack points to is its simulated ballistics.

Many developers over the years have approximated the appearance of a bullet firing and hitting its target using ray casting. Imagine a beam extending outwards in the direction a weapon is pointed; a ray cast would follow that line until it intersects with an object in the world, registering a hit.

It’s been good enough for shooters in the past, but not for Steel Hunters.

“There’s a full projectile system so that every bullet you shoot out is a proper entity in the world,” says Polack. “If it hits a certain type of material it can either pass through it, like when you shoot through a wooden fence and it hits the guy on the other side. If it hits something metallic it’ll ricochet off and hit something else. Just that alone already creates some degree of unpredictability when you’re just mass firing a gatling gun into the environment.”

Every object in the world has these material properties. But the key, according to Polack, is not to “over-implement” – leaving room for each object to live on its own, and ensuring that every system remains open to unscripted interaction in the world.

“The good examples are always the dumbest ones,” laughs Polack. “You shoot something, it ricochets off a nearby metallic fence, it hits some nearby canister, the canister lights on fire, fire spreads around it, and it starts blowing up everything. That theoretically can just keep on going until it runs out of things to interact with.

“The real challenge there is always just making sure that, whenever you start adding a system into the game, you thought about it enough in advance to know where to allow the wiggle room.” 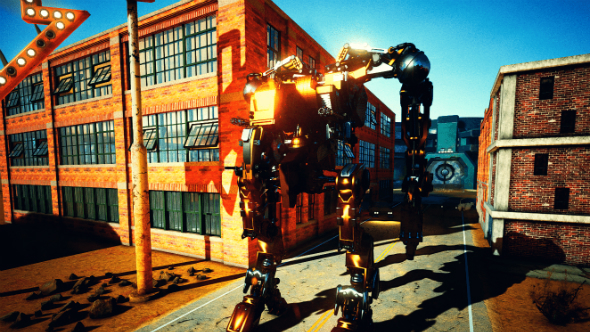 In a typical mech game, there’s a trade-off between weight and maneuverability; a sacrifice made in either stopping power or speed. Usually that comes down the selection of one class over another – but in Steel Hunters, mech specialisation is a DIY process dependent on the game’s physics.

“Once you outfit a mech we don’t put a weight limit on anything,” Polack explains. “So if you happen to choose a standard leg set it’s not hugely weight-bearing, but you can still load whatever you want on top of it.” 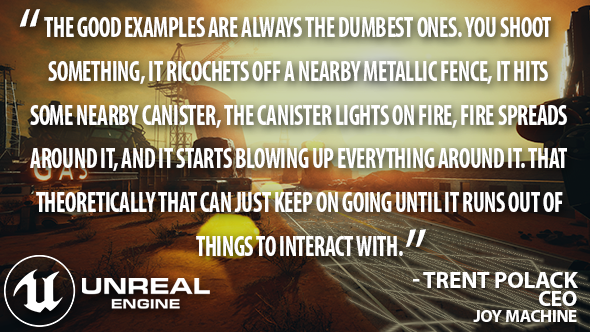 Pile armoured plates onto your chassis, though, and you’ll pay for it in the battlefield. Steel Hunters handles weight procedurally, which means player movement is impacted by overloaded legs.

“If you build it smart you’ll move fine, you’ll sprint fine, you can strafe and do all of that stuff,” Polack expands. “If it’s hugely overloaded then the entire animation system changes, the legs move a lot slower. We ensured that regardless of how slow something is it always feels quick to react so you may have a really slow speed but it doesn’t feel sluggish or unresponsive.”

The idea is that by letting the player be responsible for their own choices in the chop shop and leaving the engine to handle the consequences, Steel Hunters will be somewhat self-balancing.

“That’s what we’re really hoping for by not just relying on classifications for things,” says Polack. “We’re not gonna say, ‘This is the heavy weapon’. This is a weapon, it has a certain amount of mass – how do you want to fit that into your build?”

In this sponsored series, we’re looking at how game developers are taking advantage of Unreal Engine 4 to create a new generation of PC games. With thanks to Epic Games and Rogue Factor.