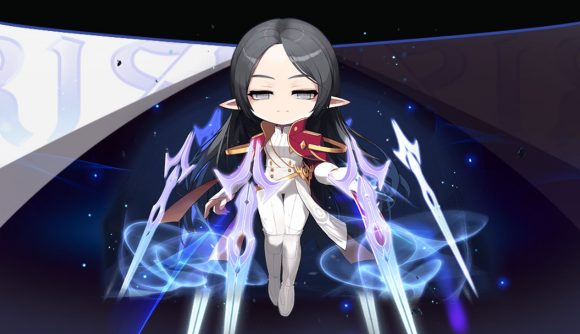 Get ready for some exciting new content, MapleStory fans – there’s a brand-new update headed to the MMORPG this month, starting with the first “part one” goodies next week. It’s called Rise: Promise of the Guardian, and introduces an all-new class, new region, themed Rise events offering “a variety of gifts along the way”, and more.

That’s according to a press release revealing the first part of the online RPG game’s massive update kicks off on June 10, at which point players can get stuck into a hefty new batch of content. On this date, the “Tera Burning event will be back to support players levelling up new characters during the Rise event period”.

That means an opportunity to gain up to three level increases “through each advancement up to level 200”, in rapid time. Those who manage to hit levels 200, 205, and 210 with their Tera Burning character following a fifth job advancement will be in for some “special quest rewards”. Plus, there’s a series of themed Rise events.

These are as follows (via Nexon):

In addition, on June 24 the “highly anticipated” Adele – “a High Flora Warrior of Grandis” – class heads to the game. She uses swords forged purely from magic, and is pretty powerful: “Maplers will find Adele nearly unstoppable, striking enemies without ever touching them,” the release explains. Gulp.

Plus, on July 8, players who have hit level 205 and above can explore an all-new region, Reverse City, which sits by the the Arcane River – and, as its name implies, it’s an “upside down city”. Neat.

Head to the MapleStory update page here for more details on the incoming content – and get ready for round one of the new adventure very soon.