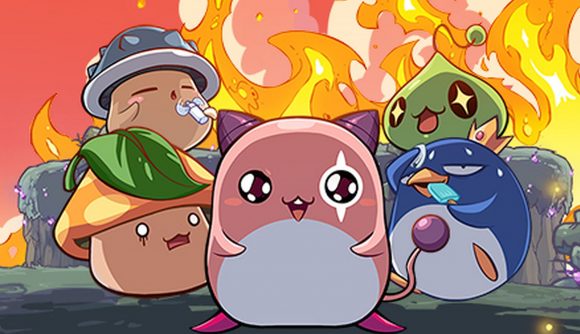 Following the recent – and pretty hefty – MapleStory Rise: Promise of the Guardian update, the MMORPG is in for another chunky content drop with Rise: Surge of Power. The online RPG game’s publisher Nexon America has announced the second portion of its big summer update will bring a “Burning World event”, new Rise events, and discover secrets in a new island area.

The MapleStory Rise: Surge of Power event kicks off on July 22, and adds a brand-new Burning World event to the game, which means the chance – for a limited period of time – to create up to three Mega Burning characters. That is, get some characters levelled up in super quick time – running until September 17, the event will help you gain three levels every time you level up, until you hit 150.

In addition, new Rise events packed with Rise Coins include things like Eileen’s support event, which gets you to eliminate monsters to hit some “training goals”, and has a special skill on offer.

There’s also Daria’s gift event, which launches August 5 and lets you pick up the ‘Mysterious Magical Pouch’ skill – an automatic perk that rewards you with magic when you take out monsters near your level – as well as the daily, ten-day-long Rise coin express event. This starts on the same date, is open to players at level 101 and above, and has a whopping 1,000 Rise Coins up for grabs on its final day. 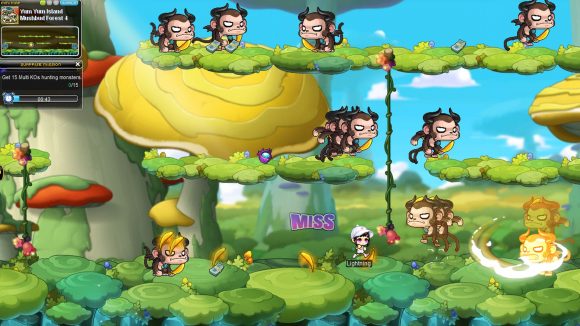 As for that new area, it’s called Yum Yum Island and can be found in Arcane River, near the Chu Chu zone. If you’re at level 215 or higher you can go meet up with Bappy, who will take you on an adventure to uncover the island’s secrets.

Lastly, according to MapleStory’s site, there’s also an “exclusive combo god event” kicking off July 22, in which “combo-happy players can get powerful buffs as they rack up the hits”. Head to that link to find out more about the event and get a peek at what’s to come very soon.